Leonardo DiCaprio’s acting career has gone from strength to strength, but the Hollywood A-lister insists none of this would be possible without his mother. 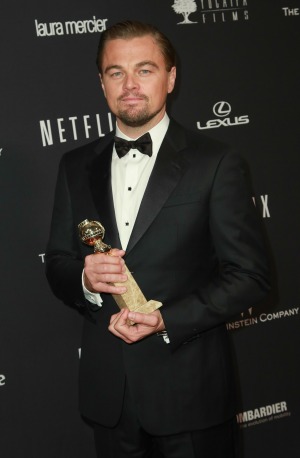 Leonardo DiCaprio has enjoyed an immensely successful acting career and it looks as if 2014 is set to be an even better year for the star.

The Wolf of Wall Street actor was honored with a Golden Globe award for Best Actor on Sunday and has been tipped for an upcoming Oscar.

But DiCaprio has not forgotten his roots and firmly believes his success would not exist if it were not for his mother Irmelin and her constant encouragement for him to pursue his dreams.

While speaking backstage after the Golden Globes ceremony, the actor revealed how thankful he is to his parents, who never stopped believing in him and his big dreams.

In a heartfelt speech, DiCaprio told Access Hollywood, “I wouldn’t be doing any of this if it weren’t for her, both my parents.”

“She supported this little kid who said, ‘I want to be an actor,’ at 12 years old, which is ridiculous, and she drove me to all these auditions. She’s the only reason I’m able to do what I do.”

And whilst the The Great Gatsby actor may share a very special bond with his mother, she is not intrusive and does not get involved in his personal life or judge his decisions.

DiCaprio has been linked to a string of beautiful models over the years — his dating habits even received a mention from funny woman Tina Fey.

Fey made a rather raunchy joke during the award ceremony saying, “And now, like a supermodel’s vagina, let’s all give a warm welcome to Leonardo DiCaprio.”

The Inception star is someone who can laugh at himself, so being the butt of the joke was not a problem for him.

He said, “That was pretty cool. Any joke from them is OK in my book.”

It is always good when someone as successful as DiCaprio does not take himself too seriously. Congratulations to the award-winning actor on his Golden Globe award.