Taylor Swift and Jared Leto only had eyes for each other at the InStyle and Warner Bros. Golden Globes after party. Could a potential romance be in the cards? 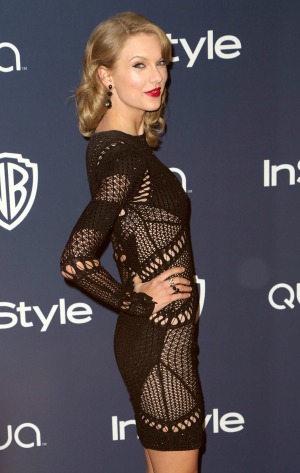 Taylor Swift is no stranger to high-profile relationships and her personal life and boyfriend choices have been the topic of many conversations and criticisms.

So when the “I Knew You Were Trouble” singer was spotted getting cozy with Jared Leto at the 2014 Golden Globes after party, people began to wonder if a budding romance could be developing between the pair.

The 2014 Golden Globes proved to be an interesting and exciting one for the 30 Seconds to Mars frontman. He walked away with the accolade for Best Supporting Actor (Drama) for his role as Rayon, a transgender woman in Dallas Buyers Club, on Sunday night.

And the star’s night got even better because he was able to spend time with the blond country singer at the InStyle and Warner Bros. Golden Globes after party.

The pair looked happy and relaxed in each other’s company and even posed for several photographs together on the big night.

Leto posted one to his Instagram account with the caption, “Me. Taylor Swift. Golden Globes. xo (sic).”

Journalist Marlow Stern also snapped a picture of the two musicians deep in conversation and getting rather close. Stern posted the picture on her Twitter account with the caption, “Golden Globe winner Jared Leto chatting up Taylor Swift at @InStyle #GoldenGlobes afterparty (sic).”

It is early still, so we are unsure whether the Requiem for a Dream star and the “22” singer are actually just friends or if they could potentially be something more. But who could blame Leto if he was falling for Swift? She looked beautiful on Sunday night, dressed in a black crocheted minidress that turned heads.

If the pair do begin to date, then Leto certainly appears to be Swift’s type. He will join the long list of her other famous boyfriends, which includes John Mayer, Jake Gyllenhaal and Harry Styles.