Marc Blucas talks about his character on ABC’s Killer Women and gives a message to viewers who are thinking about checking it out for the first time. 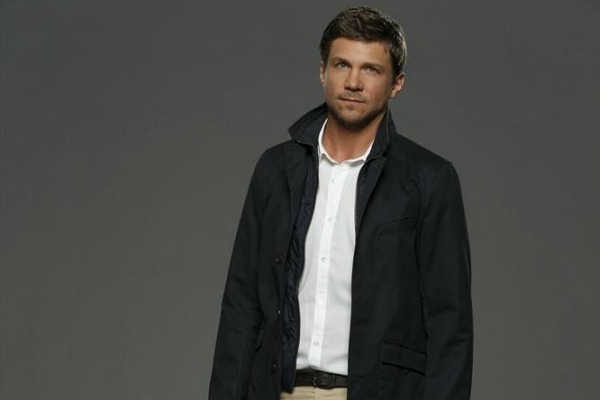 ABC premiered its new series Killer Women last week with a premiere full of action, drama and plenty of heat. SheKnows got the chance to ask star Marc Blucas (who plays Dan on the show) a few questions about his character and what viewers can expect from the show this season.

When asked to talk about Dan, Blucas described him as a man who didn’t expect to fall for sexy Texas Ranger Molly (played by Tricia Helfer). “Dan is honest, loyal and a little bit of an adrenaline junky. He loves working undercover and puts a lot into his job — and is surprised by his unexpected feelings for Molly.”

In the first episode, Dan put his own career on the line to help Molly, but don’t expect him to do that all the time. “Helping Molly is something Dan is happy to do, but not at the cost of sacrificing the case he’s been working on. As we saw in the first episode, when Molly asks for help for personal, not professional, reasons, Dan relents. Dan should’ve negotiated some ‘fee’ in exchange for his help!”

Molly and Dan seem to have a great relationship, but what about Dan and Molly’s older brother Billy (played by Michael Trucco)? Blucas said the relationship between Molly’s boyfriend and her brother became something special.

“Dan and Billy’s relationship turned into my favorite of the season,” Blucas revealed. “It obviously starts as two alphas males sizing each other up. Once that ice is broken, a friendship and mutual respect grows. But as we’ll see, a surprise develops that puts a lot of pressure and tension not only on the friendship, but the relationships between Molly and Billy, and Dan and Molly. It is a very well-written conflict for the show, and we all loved playing with it.”

Molly is hiding the fact that her ex-husband abused her, but if Dan ever found out what Molly’s ex did to her, Blucas doesn’t think that would end well. “Dan is an old school guy, and the idea of another man beating a woman, any woman, wouldn’t go over well with him,” Blucas said. “Given it’s Molly, I think Dan would be pushed very close to his limit. And as we’ll see, Molly’s ex continues to act in a less than respectful way and Dan gets his chance to speak his mind.”

But Molly’s not the only one with a secret this season. It turns out Dan has a big one of his own and it could end up affecting their entire relationship. “Dan has to hide a huge secret when he busts a drug runner who ends up being someone close to Molly, and telling her could be catastrophic. Dan is torn by his loyalty to Molly, and honest nature in general, and doing what he feels is the right thing to do. It ultimately forces Dan to make a decision about his relationship with Molly,” Blucas said.

When asked if there was anything he was dying to tell viewers before they watched the series, Blucas said to sit back and enjoy the ride but also pay close attention, especially to the final episodes of the season.

“I’d tell the fans to enjoy the ride and pay attention — there are so many things that really blossom in our last 4 episodes — with all the relationships, cases and tensions coming to a climactic finish. It’s a really great payoff — and was the benefit of knowing we had a limited eight-episode season — to build everything in our story lines toward these final moments.”