Marvel’s Ant-Man just gained some major star power. It’s been confirmed that Michael Douglas has joined the cast of the superhero movie. 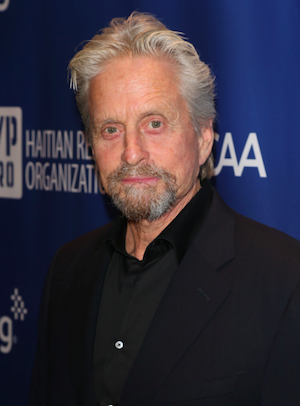 Marvel hit the jackpot with their latest casting for Ant-Man. Joining Paul Rudd as the title character is Oscar and Golden Globe-winner Michael Douglas. It turns out that they’ll both share the Ant-Man role.

Just to clarify, Douglas and Rudd won’t be playing the same character. They’ll be two different men who at one time or another hold the Ant-Man title. Rudd stars as Scott Lang, while Douglas has been cast as Hank Pym. Multiple people have called themselves Ant-Man, but Pym was the original.

Marvel Studios President Kevin Feige released a statement to Marvel.com saying, “With Hank Pym’s rich history in the Marvel Universe, we knew we needed an actor capable of bringing the weight and stature to the role that the character deserves.”

He continues, “We felt incredibly relieved when Michael Douglas agreed to step into the part with the charm and fortitude he brings to every character he inhabits, and couldn’t be more excited to see what he will do to bring Hank Pym to life.”

Pym is the scientist that created the Ant-Man technology. He came up with the suit and mechanisms that allow him to alter his body size. He can go from being as tall as a building to as small as an ant. Lang was his successor who started out as a thief. But he eventually changed his ways and used his skills for good and not evil.