Tina Fey and Amy Poehler didn’t hold back at the 2014 Golden Globes. But at least one of their jokes came from a fight they started at the 2013 award show. 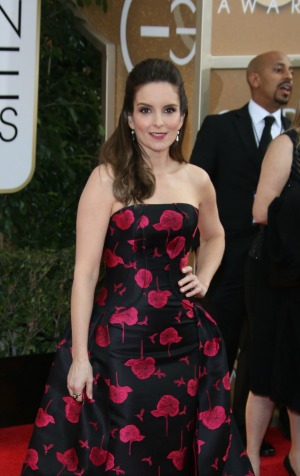 Tina Fey and Amy Poehler took over hosting the Golden Globe Awards in 2013, and made a lot of people laugh. But with new fans, they were bound to gain some new critics as well.

Taylor Swift took one of their jokes personally — mostly because the joke was directed at her.

“You know what, Taylor Swift? You stay away from Michael J. Fox’s son,” Fey joked at the 2013 award show.

Swift later gave an interview with Vanity Fair where she talked about Fey and Poehler’s take on her love life, saying, “That’s taking it and turning it and twisting it into something that is frankly a little sexist,” she said. “You know, Katie Couric is one of my favorite people because she said to me she had heard a quote that she loved that said, ‘There’s a special place in hell for women who don’t help other women.'”

“I just want to say congratulations, again, to my friend Amy Poehler,” Fey said. “I love you, and there’s a special place in hell for you.”

The jab was probably noticed by Swift, who was in the audience, but her expression unfortunately was not caught on camera.

The comment was just one of the many zings Tina Fey and Amy Poehler presented to the crowd. They seemed to be equal-opportunity jokesters during the show, and George Clooney was another of their victims.

“It’s the story of how George Clooney would rather float away in space and die than spend any more time with a woman his own age,” the girls said, making a joke about the film Gravity.

Matthew McConaughey was another victim — sort of. His jab was directed more at all actresses.

“For his role in Dallas [Buyers Club], he lost 40 pounds — or what actresses call being in a movie.”

Here are some of the others:

“We’ll get the show done in three hours — or what Martin Scorsese calls, ‘Act One!'”

“And now, like a supermodel’s vagina, let’s all welcome Leonardo DiCaprio!”

“Matt, on any other night, in any other room, you’d be a big deal, but tonight — and don’t take this the wrong way — you’re basically a garbage person.”

Matt Damon later got up on stage and presented himself as the garbage man.

And, while not exactly an insult, Poehler wanted to make sure everyone knew that Emma Stone “isn’t looking for new friends.”

In the end, they insulted themselves, but only in the way they could, saying the show was the “beautiful mess [they] hoped it would be.”