Who approved the “Fun Facts” over at E! News? The network apologizes for its insensitive Michael J. Fox graphic at the Golden Globes. 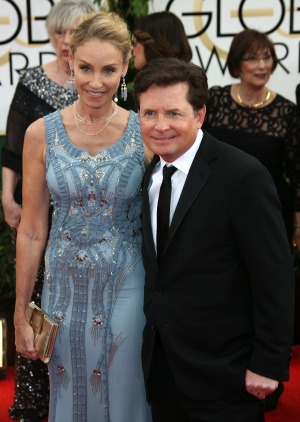 On Sunday night throughout E! News’ Golden Globes pre-show, the network aired “Fun Facts” about celebrities and the award show. However, one particular note was deemed pretty insensitive by viewers watching from home.

A graphic across the bottom of the screen read, “Fun Fact: Michael J. Fox was diagnosed with Parkinson’s Disease in 1991.” While that might be a fact, it certainly isn’t fun.

It’s important to note that the graphic was only shown during the online live stream coverage of the red carpet. It was not televised, but it was shown once he appeared at the big media event.

Fans on social media called out E! News about its information on the 52-year-old actor.

In a statement on Monday, the entertainment network realized the error in judgment. E! News released a statement saying, “We regret the insensitive classification of Michael J. Fox’s Parkinson’s diagnosis during out E! online live stream. We understand the serious nature of the disease and sincerely apologize.”

Fox was at the awards show as a nominee for his freshman sitcom, The Michael J. Fox Show. He was nominated for Best Actor in a TV Series, Musical or Comedy, but was beaten by surprise winner Andy Samberg for Brooklyn Nine-Nine.

The former Family Ties star has become an advocate for research and fundraising for Parkinson’s Disease since his diagnosis. His disease is also a small part of the storyline for his NBC show.

He told Rolling Stone last fall, “It will mirror my own life, it’s not central to my life, it’s incidental.” He added, “It’s a sweet show, and it’s not trying to reinvent the form. It’s fun to be back.”