Rosario Dawson has had a long and varied movie career. We’ve picked out some of our favorite roles of hers, and we’ve featured them below. Let us know if we’ve hit or missed your favorites! 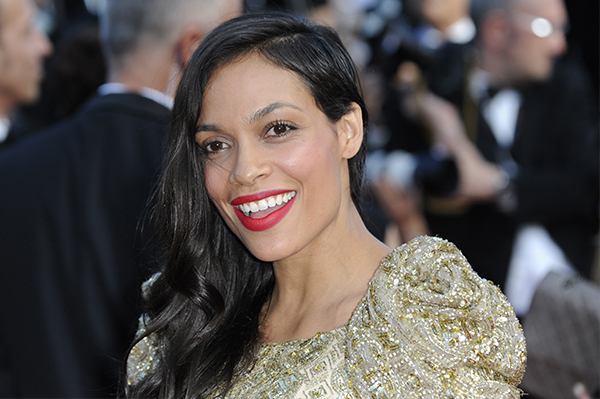 Dawson plays Naturelle Riviera, the girlfriend of Monty Brogan (Edward Norton), a convicted New York drug dealer who has 25 hours left before reporting to prison to start serving a seven-year sentence. As Naturelle, Dawson is both on the inside as someone who knows what Monty has done and who has benefited from his crimes and on the outside as Monty believes she turned on him and may be the reason he is going way. Dawson is convincing and sympathetic in the role.

Dawson plays Gail, the on-and-off lover of Dwight (Clive Owen). Gail also acts as a sort of pimp to a group of young prostitutes, notably Becky (Alexis Bledel), who sells her out, after which she’s kidnapped. Dawson will reprise her role in the sequel, Sin City: A Dame to Kill For.

Quote: [to the Oldtown Girls] “We’ll fight the cops, the mob and anybody else who tries to move in on us. We’ll go to war.”

While many of the stars of Rent came from the successful Broadway production, Dawson was one of the few who came to the movie without the experience of the Broadway run. She plays Mimi Marquez, a drug addict who falls in love with Roger (Adam Pascal). They discover they have something in common: the HIV virus. Dawson shows off her vocal talents and carries off the role without a hitch.

Quote: “I’m looking for baggage that goes with mine.”

The movie stars Will Smith as Tim Thomas, a man who carelessly kills seven people — including his fiancée — while texting and driving. Two years later, he makes the decision to donate himself to seven worthy strangers to make up for his mistake. Dawson plays Emily, a woman with congestive heart failure with only weeks to live. The two get very close, and when Emily’s health worsens, Tim commits suicide, leaving his heart to her. Dawson’s portrayal is real and heartbreaking and gives life to Tim’s decision.

Quote: “Why do I get the feeling you’re doing me a really big favor?”

Percy learns he is the son of the Greek god Poseidon and that in order to save his mother, he must head into the Underworld. The only way back out is to find three pearls that he must then give to Persephone (Dawson), the wife of Hades, as a means of escape. Persephone is very unhappy.

In this Kevin James starring vehicle, Dawson plays Kate, the woman whom the animals in the zoo want James’ character to see is the woman for him. Dawson and James have an adorable on-screen chemistry, and she seems to enjoy herself in the role.

Quote: “I was gonna pass, ’cause I started having feelings for someone here, but… he’s with somebody else. So… you know?”

What is your favorite Rosario Dawson role? Share it in the comments!