Amy Weber does it all: Models, acts, wrestles, produces and sings. Plus, this talented chick made it through two awful rounds of cancer! While filming the video for her newest single, though, Weber faced new life-risking challenges. 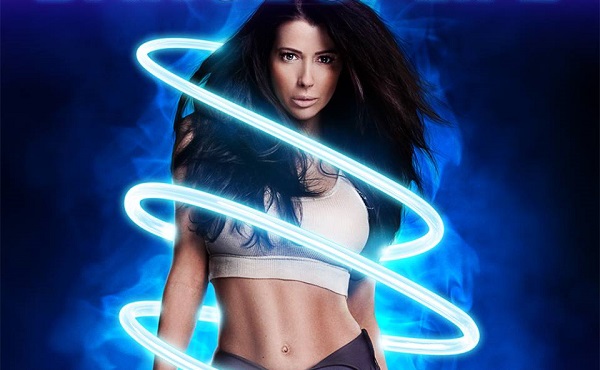 It’s been a long and rocky road for former WWE star Amy Weber. She’s spent time modeling and acting, and has even done her time in the ring! These days, though, this fierce mama is working on her music career. Her newest single with Sean Kingston “Dance of Life” is an empowering song about escaping life’s woes and living for a night of dance. Weber has encountered plenty of woes in her life, so of course she understands that concept.

“Everything I do, I’m always trying to do something that has some type of message or some type of something that goes with it,” Weber explained when she recently chatted with SheKnows. “So, for me, music has always been that sort of ‘Can I help people?’ kind of way to put a smile on their face if they’re having a bad day or kind of forget about their troubles or what might be dragging them down in life by just putting on a really great, high-energy song.”

The new video for her song is also super high energy. But shooting the video had some pretty frightening moments for Weber.

“I was just like, ‘And why did I choose these boots?’ I mean, thank goodness, because Sean [Kingston]‘s actually a really tall guy so it all worked out, but boy that was really unstable,” Weber said. “Like, once when the stage was moving, I was thinking, ‘Oh my gosh, I’m going to tumble off this crazy downtown building.'”

She relied on Kingston during the shoot and he’s not the only person she’s willing to credit for her success. She’s also open about her gratitude for working with the Jackie Boyz to write the song.

“I have a really great team that I was working with and part of that was the Jackie Boyz. They are producers and songwriters, and they won a Grammy for Madonna‘s song ‘Revolver,'” she explained. “They’ve kind of worked with everyone from Justin Bieber to Sean Kingston, ironically, and so I had basically a track and we sat down and we co-wrote the song together.”

While her team of writers and producers have helped her survive in the music business, it was her family who inspired and supported her during her two battles with cancer. We asked her about her experiences and she shared the story of her diagnosis and struggle.

Icona Pop is up all night to get naked >>

“My mom was given a drug when she was pregnant with me, and this is a drug — it’s called DES [Diethylstilbestrol] — that has now been shown to cause cancer in, like, hundreds of thousands of women,” she explained. “It was just a tough go, but I think at the end of the day — when your eyebrows and eyelashes are falling out and you’re on the bathroom floor in, like, a big mush-puddle of vomit — you kind of start seeing yourself for who you really are. And what’s really important.”

Once you’ve seen yourself at your worst, it’s easier to accept and love others when they’re at their worst, too. Weber says her cancer battles gave her a new perspective on how we should treat strangers.

“It’s so important, for me, who I am and how I treat people — I don’t really care what I look like,” she said of the outcome of suffering through cancer treatment. “You know what I mean? Because I know what it feels like, I know what it looks like. I looked awful, almost like a monster, so to me I don’t care about looks.”

Sounds like this talented songstress mom has been through a lot, but it’s only made her stronger! We can’t wait to see what’s in store for her life next. Weber says a tour is in the works, she might be ready to make an album and that she’d be up to acting again if the right thing came along. Fingers crossed!