Woody Allen was honored for his lifetime achievements at the Golden Globes, but Diane Keaton awkwardly accepted, leaving pretty much everyone uncomfortable. 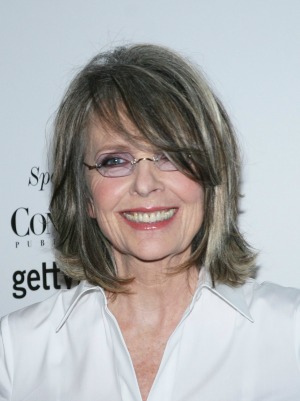 There were many, many surprises at the 2014 Golden Globes, and Diane Keaton brought that to another level. The actress attended the ceremony to accept an award for Woody Allen.

Allen was presented with the Cecil B. DeMille lifetime achievement award but did not show up for the honor. His friend Keaton was there to accept it for him, and she seemed emotional and excited for Allen. She talked about their 45-year friendship and said he fills her heart with “pride, affection and even love.”

This is not Allen’s first Golden Globe. He has won in the past for screenplays for The Purple Rose of Cairo and Midnight in Paris, according to the Los Angeles Times.

Keaton’s acceptance of the award was appropriate, but her speech was a little quirky. She gushed at the many women who have starred in Allen’s movies, including Cate Blanchett, who recently performed in Blue Jasmine. Keaton’s speech seemed half prepared and half improvised, and at least a few sentences were silenced by NBC’s censors.

“I think it’s safe to say that Woody Allen is an anomaly. He’s made 74 movies in 48 years [sic],” Keaton said (via Yahoo). “He’s directed them, he’s starred in them, he’s produced them and of course, he’s written them. He’s written all of them, every one.”

The most awkward part was when she ended her speech by breaking into song, belting out her rendition of “Make New Friends, but Keep the Old.” Some of those in the audience seemed to love it, but many looked around awkwardly as Keaton sang.

Allen’s absence was not a surprise for the film community. He has skipped pretty much all of the award shows but did show up for the Oscars in 2002.

“I’m not an awards person,” Allen previously said to the LA Times. “I find the whole thing silly.”

Diane Keaton has worked with Allen, starring in his 1977 film Annie Hall. She went on to win the Best Actress Oscar for her role, and the film won four.

Allen’s filmography includes more than 40 films, but he treats each one differently.

“I see them as distinct,” he said. “But if you looked at them you would see recurring themes all the time. The same questions are asked in one form or another.”

Cate Blanchett also thanked Allen for all he has done as she accepted her award for Best Actress.

“And to Woody Allen, who writes these things and directs these things with such regularity, and we take them for granted,” she said. “So thank you for calling me.”