Teenage pregnancy has been tackled widely in television, but relatively few feature films have dared take on the weighty issue. Below are five Hollywood movies that discuss teen pregnancy, plus the lessons they impart.

Related story Watch Teen Mom's Maci Bookout Teach Her 12-Year-Old Son About Sex, So He Won't End Up Like Her 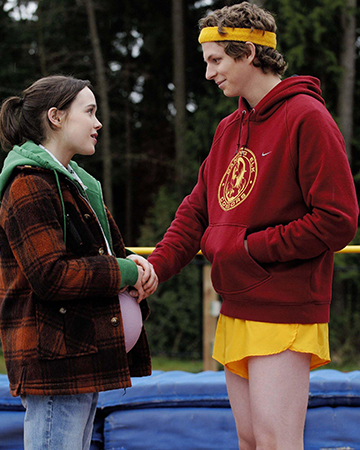 When quirky high school student Juno (Ellen Page) and her best friend Bleeker (Michael Cera) have sex, Juno gets pregnant. Instead of going through with an abortion, she decides to give her baby up for adoption. She finds a family in the Pennysaver, and then in general, she carries on as if nothing unusual had happened. Juno and Bleeker have the boundaries of their friendship tested, and all Juno wants in the end is to know that two people can fall in love forever.

Juno learns the importance of sex far before she learns the same of love, and the lesson to be learned is that love should come before sex because the risks can far outweigh the rewards.

High school seniors and good students Darcy (Molly Ringwald) and Stan start sleeping together, and Darcy finds herself pregnant. Their parents think their children’s future is over and encourage abortion or adoption, but the teens decide to keep the baby. Through a series of poor decisions, they break up. After realizing they had been unduly influenced by their parents, they find their way back to each other and decide their daughter will not date until she is 18.

This is a biography of Loretta Lynn (Sissy Spacek). She marries at 15, has four children by the time she’s 20, is a grandmother at 29 — and has her first No. 1 hit at the age of 34. She then becomes one of the biggest country music legends ever known.

The lesson of Lynn’s life is to never give up on your dreams and that you can overcome anything with talent and perseverance.

Sixteen-year-old Precious (Gabourey Sidibe) is an overweight, abused teenager with one mentally challenged child. She resides with her grandmother, who discovers Precious is pregnant with a second child. When a teacher discovers Precious has been abused, she is taken to safety. Through a long process, she is reunited with her first child and given hope for a solid future with both of her children — a future that includes finishing her education without the abusive interference of her mother.

The lesson of Precious is that there are people other than family who are looking out for you and who can provide assistance even when you think there is no hope left.

Mary (Jena Malone) is a good Christian girl who goes to a Christian school and who sacrifices her virginity to her boyfriend Dean in an attempt to save him from homosexuality. Despite the many manipulations Mary falls prey to at the hands of her classmate Hilary Faye (Mandy Moore), Mary retains her pregnancy and her friendship with Dean and his boyfriend.

The lesson here is to not fall victim to false friends and to believe in yourself above all others.

What is your favorite movie about teen pregnancy? List it in the comments!

Ellen Page and the karma of outing gay Hollywood
Gabourey Sidibe told to quit Hollywood by Joan Cusak
RED HOT BOOK: When It Happens to You by Molly Ringwald