These five women didn’t fall prey to the stereotypes that were laid out like traps to ensnare them, but instead, they found success beyond typical celebrity fare and out of the public eye. 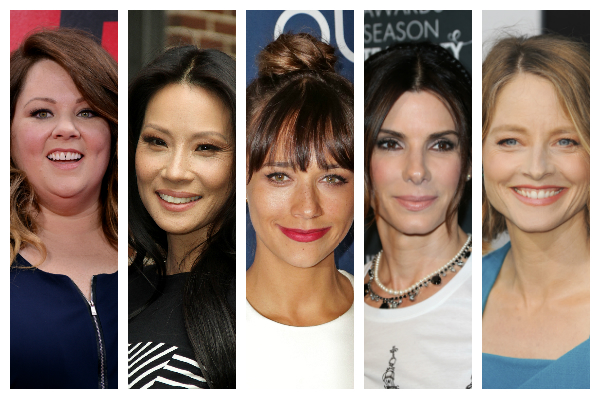 Bullock could have very easily fallen into the Hollywood lifestyle. She was the romantic comedy “it” girl for years, but later, she diversified her roles by taking a dramatic part in Crash, which won an Oscar in 2006 for Best Motion Picture of the Year. Bullock has been a public supporter of the American Red Cross and has made million-dollar donations at least four times. Bullock also adopted a boy from New Orleans and is a single parent.

The daughter of Peggy Lipton and Quincy Jones graduated from Harvard, having studied religion and philosophy. She originally hoped to become a lawyer but lost interest after the O.J. Simpson case. Jones is an actress known for her role as Ann Perkins on Parks and Recreation. She is also a singer and writer who participates in many philanthropic efforts, and for the past three election cycles, she has worked on campaigns for the Democratic Party — including President Obama’s campaigns in 2008 and 2012.

McCarthy doesn’t look like a major box-office star, but she won the hearts of audiences with her ability to be both incredibly funny and heartbreakingly real. She’s an actress, stand-up comedian and writer, and she’s also the cousin of Jenny McCarthy. She first came into the public eye as Lorelei Gilmore’s best friend, Sookie, on Gilmore Girls. Today, she’s a top draw at the box office, starring alongside the likes of Sandra Bullock and Jason Bateman. The characters she portrays are usually wisecracking, sexually confident women with a heart of gold.

Liu’s parents were immigrants from Beijing and Shanghai, but she never let her race (or her sex) interfere with her choice of roles. She graduated from the University of Michigan with a degree in Asian languages and cultures, and she has had a long film and television career. Liu is an active supporter of many charities promoting cancer awareness and marriage equality and seeking to end vitamin and mineral deficiency among children in developing countries. She currently plays Joan Watson to Jonny Lee Miller’s Sherlock Holmes on Elementary.

Which female celebrity do you admire for breaking free of stereotypes? Share in the comments!

Other links you may enjoy