Ay yai yai is right! If you thought Bachelor Juan Pablo was hot before, wait until you read our interview! Instead of getting him shirtless, we expose all the questions you wish you could ask. 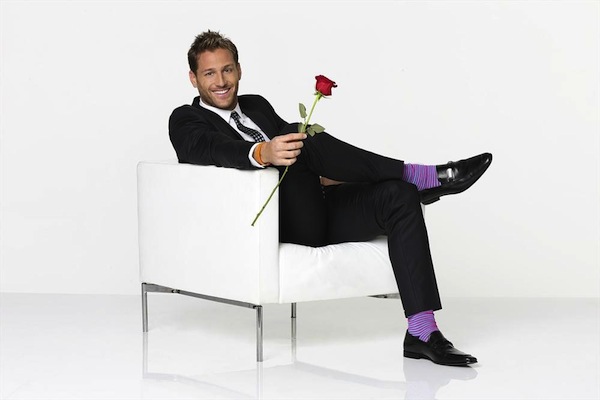 El Bachelor fever is sweeping the nation right now as hunky Juan Pablo searches for love. Sure, we asked him all the gritty questions about the upcoming season, but Juan Pablo is refreshingly level-headed about the process. In fact, he had some great perspective to share on his search for love, which just makes us hope even more that he finds it.

SheKnows: What did your daughter think of the first episode?

SK: If your daughter asked you what the Fantasy Suite was later in the season, how would you describe it?

SK: Are you nervous for the woman who received the final rose to watch the rest of the season when you guys are done?

JPG: How about if there’s not a woman? There’s just a final rose?

SK: Well, if there is a woman, are you nervous for them to watch it again and see everything?

SK: You obviously get to kiss a lot of women on the show. Do you ever get nervous or get jitters before that first kiss?

JPG: Who says I kiss a lot of people?

The Bachelor review: Bring on the ladies and the drama >>

SK: OK, fine, maybe you only kiss three women, but do you ever get nervous before that first kiss?

JPG: No, it’s just a moment thing, you know? It’s not like, “Oh, I’m nervous. I’m gonna kiss this girl.” No, it’s just more like, you let it go with the flow and if it happens, great. If it doesn’t happen, it’s great. 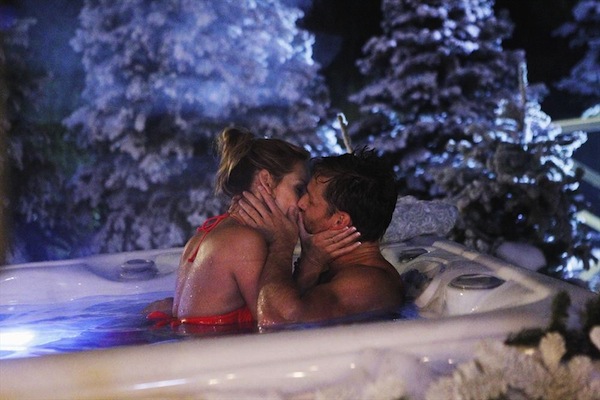 SK: So I know that you were watching the first episode. I saw you tweeting about it. And I want to know what you thought when you heard Sharleen’s comments about not being as into you as she thought she would be, after you had given her the rose.

JPG: I felt fantastic. I was like, wow, she is very smart, very realistic, very mature and she is being very honest with me. And she just met me on an entrance, she talked to me for a little bit, and that’s all she knew about me, so I was like, wow, that’s great, that’s what I wanted, [for] people to be very honest.

SK: I agree. What’s the most romantic date we can expect to see?

JPG: It’s funny because the same drama that you saw the first episode and the previous is the same I’ve been seeing. Because remember, I’m not in the house. There’s a lot of drama that goes on in the house that I don’t see. It’s not the drama. It’s the sadness and the things that happen in my conversations with the women, when I have to say goodbye to women that are the ones that affect me a little bit. In a sense, they really affect me. Because the other ones in the house, I don’t care. If they fight with each other, if they scream at each other, if they swear at each other, that’s their business.

SK: Well, I’m sure there are a lot of emotional and harder moments for you further down the season. Do you think you’ll cry at any point when watching the episodes?

JPG: That’s a good question. Wow, very good question. Maybe. I think maybe, it’s a good one. I wouldn’t say yes or no. I’m very sentimental. But I want to adapt so I cry in the moment. I don’t know if that will happen to me watching it, but who knows? You know what. I got teary-eyed in the special when I was talking to my dad again. Does that count?

SK: Yes, that does count, so you’re definitely going to cry like a baby.

SK: Well, all anyone can talk about is how hot you are, but I’m sure you have insecurities just like everybody else. What’s your biggest insecurity when it comes to your physical appearance?

JPG: I’m El Bachelor solo latino [The only Latino Bachelor], and I have no insecurities. I’m kidding with you. My biggest fear is Camila being proud of her dad. That’s it. That’s my biggest fear.

SK: Well, I know that you’ve done commercials, and obviously, you could be a model. Are you interested in acting or joining the entertainment business once the show’s wrapped?

JPG: I’m not an actor. If I do commercials, I’ll think about it. Honest, if there’s a good opportunity on something, if I feel like doing it, I will do it. You know, I don’t know how to act. I’m not an actor, but if something comes out, we’ll see. Honestly, I’m not worrying about what’s going to happen after. I’m just living in the moment, going with the flow, going a day at a time. Spring training will come in February, and I will go to spring training like I do every year and talk to the Venezuelan players, and I will be doing that whole thing. If something comes up, I will look, and if I feel that it’s right, I’ll do it.

SK: Well, I’m sure something will come up for you. But who do you think has better abs: you or Sean?

SK: Lies! You saw them during the promo.

SK: Can you give us a clue about who gets the first kiss this season?

SK: OK, how about you tell us her hair color?

SK: Brownish blondish? (Laughing) OK, I guess you’re not going to tell me.