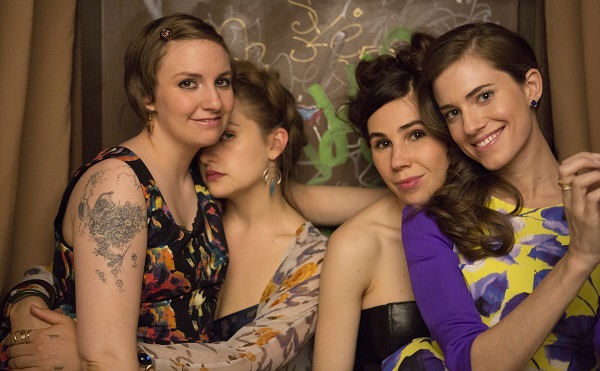 Wouldn’t it be crazy if Girls‘ Season 3 took a turn for the relatable? The truth of the matter is that Hannah Horvath’s life is like a train wreck: You just can’t look away. However, while we enjoy every minute of the show, we have some thoughts on how to make it feel like real life.

Jessa: Holy wow. To a certain extent, Jessa (Jemima Kirke) is one of the most likable of the friends, simply because she’s been out and about and doesn’t seem to expect things to be handed to her. On the other hand, she’s still kind of gross. If she were our friend, we’d want to give her a lice shampoo before allowing her to sit on our furniture. To be less cringeworthy, she should do these things:

Marnie: Because we know Christopher Abbott will not be returning, we also know Marnie (Allison Williams) will be heartbroken this year. We predict that she’s going to blame the breakup on Charlie instead of owning up to her self-centered ways. If she wants to keep our sympathy and love, she’ll need to do the following:

Have you seen the parody? Watch Girls: Season 38 >>

Hannah: We’re supposed to like her, right? It’s just so hard sometimes! Hannah (Lena Dunham) is the most entitled twentysomething person we know of. Yes. We know. You love to write and want to do it for a living. At 24 years old, however, it’s time to find a real job while you’re working on your book. Occasionally serving coffee and whoring around does not count. Hannah should grow up and do these things:

Want more TV news, previews and reviews? Sign up for our newsletter! >>

We don’t mean to hate. We seriously love Girls… even when, at times, we’re not quite sure where Lena Dunham gets this stuff. (Seriously. Have you ever co-bathed with your BFF? Us, neither!) We’d just love to spend a season watching the girls grow up a little. Girls has an opportunity to be the show that average twentysomething ladies can relate to instead of just watch with wide, disbelieving amusement. It can still be shocking at times. Life certainly is startling sometimes, right? But, how about a little less drug use and a lot more monotonous subway rides and stressful, overdrafted bank accounts. Please?