Ke$ha isn’t the only one in her family who’s dealing with personal issues. Her mother’s also seeking treatment at the same rehab facility. 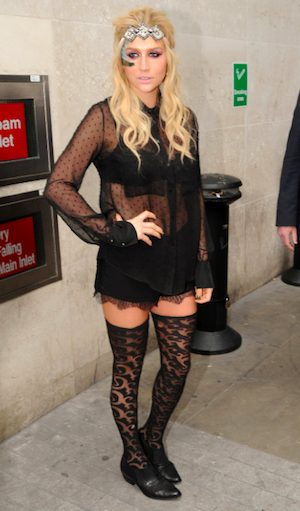 Ke$ha and her family are fighting an uphill battle. Earlier this month, the singer announced she was heading to rehab — not for drugs or alcohol, but for an eating disorder. Shortly after Ke$ha’s admittance, her mother, Pebe Sebert, decided to check in to the same facility.

Singer Ke$ha checks in to rehab for eating disorder >>

According to People, Sebert released a statement saying, “I’m checking myself into Timberline Knolls today for post-traumatic stress disorder, at Ke$ha’s urging.”

Sebert noted that her conflict with producer Dr. Luke caused her emotional distress. She accused Dr. Luke of calling her daughter a “refrigerator” and insisting that she lose weight.

The producer has denied Sebert’s claims, but she went on to say, “This whole Dr. Luke thing has almost torn our family apart and taken over my life, and Ke$ha wants me to heal along with her.”

The crazy things to expect from Ke$ha: My Crazy Beautiful Life >>

Ke$ha’s health issues have caused a domino effect throughout her family.

Prior to entering rehab, the singer revealed that the purpose of treatment is “to learn to love myself again.”

Both Ke$ha and her mother appear on the reality series Ke$ha: My Crazy Beautiful Life. It’s shot by her brother Lagan Sebert and filmmaker Steven Greenstreet. It chronicles the ups and downs of her personal and professional life. The second season debuted Oct. 30 on MTV.

Obviously, Ke$ha’s family is very close. We wish her and her mother a healthy and speedy recovery.