Shia LaBeouf has had quite enough of the media circus that has surrounded him since he was accused of plagiarism — so he’s retiring. 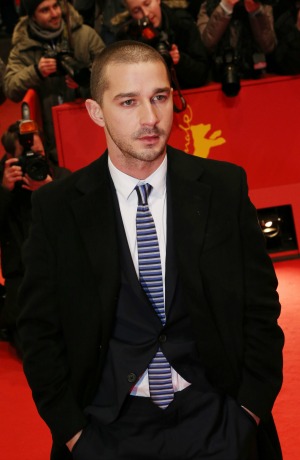 Shia LaBeouf has been getting a lot of bad press lately due to the accusation that he plagiarized author Daniel Clowes’ graphic novella Justin M. Damiano. LaBeouf made the novella into a short film titled HowardCantour.com, which was shown at the Cannes Film Festival last year.

Clowes was not credited, although there were obvious signs that his work had inspired the Lawless actor‘s film.

The author revealed his thoughts to Buzzfeed, saying, “I actually can’t imagine what was going through his mind.”

But 27-year-old LaBeouf has had enough of the internet backlash, and he’s not someone who enjoys making apologies — so for those reasons, he is throwing in the towel.

The Transformers star took to Twitter on Friday morning to inform his fans that his life in showbiz could well be over.

LaBeouf wrote, “In light of the recent attacks against my artistic integrity, I am retiring from all public life.” In another tweet, he said, “My love goes out to those who have supported me.”

While “retiring from all public life” does not clarify whether LaBeouf has decided to end his acting career outright or is just refusing to appear in any future interviews or attend premieres, fans will be disappointed with the news.

The Nymphomaniac star initially tried to make amends with Clowes by sending several very apologetic tweets. He then decided to hire a skywriter, and according to the Huffington Post, on New Year’s Eve, LaBeouf commissioned the writing of the message, “I AM SORRY DANIEL CLOWES” over the Los Angeles skyline — miles away from the comic book writer’s home.

The scandal may have originally started with a sincere apology on LaBeouf’s part, but he has since appeared to change his tone and has made a mockery of the situation by posting several insincere tweets — including one that reads, “Storyboard for my next short “Daniel Boring” its [sic] like Fassbinder meets half-baked Nabokov on Gilligan’s Island.”

The tweet is a clear mockery of Clowes and a reference to his critically acclaimed work David Boring.

What do you think Shia LaBeouf will do next?