Actress Hilary Duff and her hockey player husband Mike Comrie are calling it quits after three years of marriage, the couple announced today. 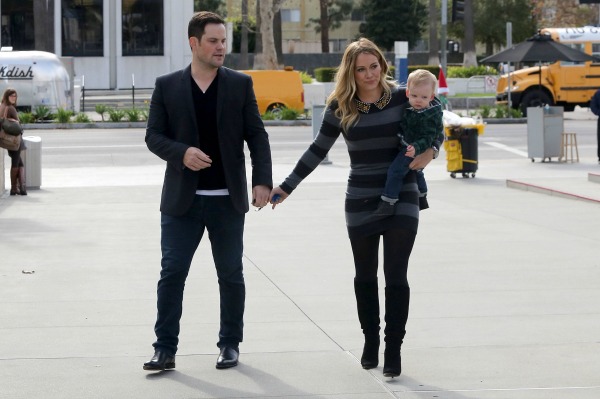 Hilary Duff and Mike Comrie are calling it quits on their marriage.

The couple, who share 21-month old son Luca Cruz, announced the news in a statement to People through Duff’s rep.

Duff and Comrie “have mutually decided [upon] an amicable separation,” the rep told the mag.

“They remain best friends and will continue to be in each other’s lives. They are dedicated to loving and parenting their amazing son, and ask for privacy at this time.”

A source close to the couple insisted that there is no big drama between the two, but that they simply drifted apart.

“There was no major incident — no big event between the two of them,” the insider told the mag. “They really did drift apart. They have put effort and thought into this decision for a long time. They tried couples therapy, but in the end, they realized at this time, they work better as friends. And they really are great friends.

That doesn’t seem to be far off the mark. Earlier today Duff tweeted that she and Comrie are hanging out together while the news of their marriage demise broke.

The couple, who wed in 2010, reportedly has an ironclad prenup protecting their respective fortunes: Duff made hers as a Disney star in the beloved kids show Lizzie McGuire and a series of tween films, and Comrie, in addition to his big-time hockey salary, is heir to a Canadian retail fortune. Their wedding reportedly cost more than $500,000 and Duff’s engagement ring is worth around $1 million.