Britney Spears seems on top of the world with her new show and her new man. Find out more about her boyfriend David Lucado. 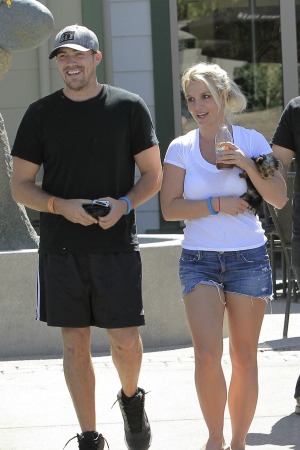 With Britney Spears head-over-heels in love with her boyfriend David Lucado, we decided to learn a little more about the mystery man. Here’s the inside scoop on the guy who puts a smile on Spears’ face.

Lucado was born in Virginia, but he called Atlanta home for years until he relocated to Los Angeles. The “Baby One More Time” singer has never lost her love for the South, so it’s a perfect match for the couple.

The press harped about Kevin Federline‘s lack of work during his and Spears’ short-lived marriage, so it’s nice to see that the 28-year-old holds down a job. In fact, he’s worked as a bartender and at law firm while dating his superstar girlfriend. Lucado is also working remotely while Spears performs in Las Vegas at Planet Hollywood.

The Southern gentleman isn’t looking to get famous like some of the pop singer’s exes. He just wants to be with her. According to E! News, he even took down his private Facebook page shortly after they began dating to keep their private life off of social media.

Lucado’s been an avid golfer since high school and he’s been trying to teach his 32-year-old girlfriend how to play. One of their early dates even included an outing on the golf course. His high school coach, Jim Eanes, praised his golf skills to the entertainment channel. “David was a star high school golf player. He could have played college golf.”

No one in Lucado’s hometown has a bad word to say about him. An old friend from his hometown shared, “He would always go out of his way to help people.”

Eanes even revealed that Lucado consistently visited him after he was diagnosed with throat cancer and retired from coaching. He said, “He was very thoughtful in that respect.”

It looks like the Vegas headliner has found the right man. Will they get married? Only time will tell, but the couple is enjoying their time together. It’s sweet to see Spears in love.