Kelly Osbourne is speaking out about her broken engagement, but she says there’s not much to tell. Is she hiding something? 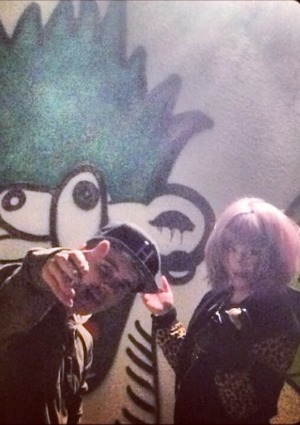 Kelly Osbourne recently announced she ended her engagement to Matthew Mossheart, and the wild speculation began quickly afterwards. But the reality star says we all need to settle down, because there is no scandal in this story.

“It was a mutual decision. We love each other very much. It just wasn’t the right time for us, and I think if we weren’t as mature and adult than we are, then we could have gone down a road that wasn’t really nice,” she told E! News.

“We’re still really, really good friends; it’s just we’re not living in the same house,” Osbourne added. “There’s no dramatic story. I wish there was so I had something to tell people but no… it just happens in life.”

Yawn. Obviously no Hollywood breakup could ever be so boring, so that leads us to wonder — is the Fashion Police star hiding something? Maybe she snuck some meat into her vegan chef fiancé’s delicious creations and he found out? Maybe he dissed her widely-panned outfit at the American Music Awards? Apparently the world will never know.

But Osbourne is not sitting around crying in her ice cream. Shortly after the breakup announcement, she was spotted tagging with none other than Justin Bieber and even snapped a pic she shared on Instagram!

“And then I really sat back and thought, ‘He ain’t half as bad as I was at his age, so he’s all right.'”