Ke$ha has recently revealed the turmoil she’s been facing behind the scenes and checked herself into rehab. Her mom is blaming record producer Dr. Luke for the singer’s downfall. 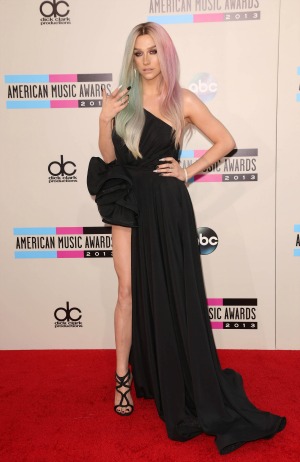 Many Hollywood stars suffer from the pressure of constantly being in the limelight and are often faced with unreasonable demands for change from their advisers.

If rumors are to be believed, then it is the people who were meant to be nurturing Ke$ha that actually led to her downfall.

The “Your Love Is My Drug” hit maker is seeking treatment for an eating disorder at the Timberline Knolls Residential Treatment Center near Chicago — the same place where troubled actress Demi Lovato sought treatment — and it is believed the constant pressure from her advisers to lose weight led her down the path of destruction.

On Friday of last week, Ke$ha revealed she is suffering from an eating disorder and would finally be seeking help. She revealed to E! News, “I’m a crusader for being yourself and loving yourself but I’ve found it hard to practice.”

“I’ll be unavailable for the next 30 days, seeking treatment for my eating disorder… to learn to love myself again. Exactly as I am.”

Now, the “Timber” singer’s mother Pebe Sebert wants those she deems responsible to pay for the way they have affected her daughter.

Sebert told People she believes her singer-songwriter daughter’s advisers, including the legendary record producer Dr. Luke, are to blame for her problems.

“Dr. Luke had been telling her how she had to get in shape and lose weight and all this stuff. She was exercising and dieting and ultimately doing everything she could, but not getting thin fast enough. And that’s when she first became bulimic,” Sebert said.

“Dr. Luke told a friend of ours he thought she looked like a refrigerator on her latest video, and could she please try to control her weight.”

“After she went on a 14-day juice cleanse, he said, ‘Thank God, you finally got rid of the weight! We’ve all been talking about it!’ So she felt like she couldn’t trust anyone.”

The 26-year-old beauty‘s mom may be insisting it is her daughter’s advisers’ fault, but this is something the record producer strongly denies.

In a statement to People via his rep, Dr. Luke denied Sebert’s allegations, saying, “These statements and allegations concerning Dr. Luke are completely false.”

“It is unfortunate that at a time Ke$ha is suffering immensely and trying to heal at a treatment center, her mother is taking this approach with the media. I give Ke$ha my utmost support and well wishes for a quick return to health.”

We hope that Ke$ha makes a full recovery quickly.