HBO announced they will be bringing their award-winning series Boardwalk Empire to an end after its fifth and final season in fall 2014. 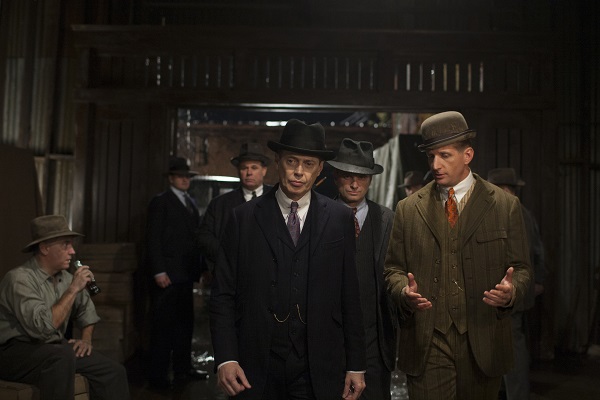 Among other programming announcements made through several press releases today, HBO revealed the end is in sight for its Emmy-winning series Boardwalk Empire. Michael Lombardo, Programming President, HBO, made the announcement. “It has been an incredible honor to bring this powerful and groundbreaking series to our subscribers,” said Lombardo. “Terry Winter has created one for the ages.”

Emmy-winning writer Terence Winter (The Sopranos) and Academy Award-winning director Martin Scorsese have worked together to bring viewers the series chronicling the life and times of Enoch “Nucky” Thompson (Steve Buscemi), the undisputed leader of Atlantic City during the 1920s Prohibition Era.

“We’re thrilled to get the go-ahead for a fifth season of Boardwalk Empire,” said Winter. “After much discussion with my creative team and HBO, we’ve decided to wrap up the series after such a great run and look forward to bringing it to a powerful and exciting conclusion.”

Scorsese and Winter partnered again as director and writer in this year’s Oscar hopeful The Wolf of Wall Street starring Leonardo DiCaprio, Jonah Hill and Matthew McConaughey about the life of Jordan Beflort.