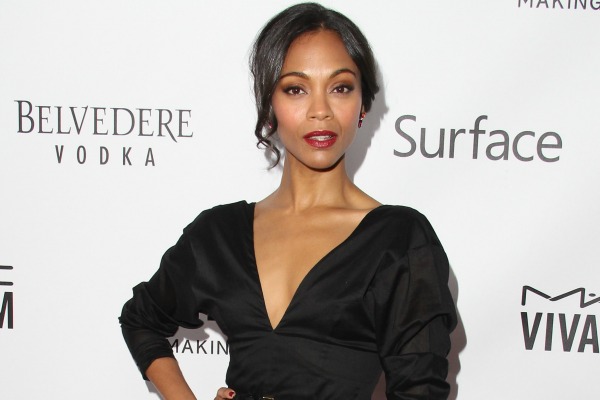 The story of Rosemary’s Baby began as a horror novel by Ira Levin, which was then adapted into a hit film in 1968. NBC has decided to take the story to the small screen with a four-hour miniseries and they’ve tapped Zoe Saldana to play the lead role, according to Deadline.

Rosemary’s Baby is the tale of a woman (Saldana) who moves to Paris with her husband and soon discovers that her apartment has a dark past. Rosemary becomes pregnant and begins to grow more and more suspicious of her husband and their mysterious neighbors as they begin to show an unusual interest in her baby.

The movie was a massive hit that earned numerous nominations and awards. There are a number of key elements that led to its success and those same elements could spell triumph or disaster for the new miniseries.

The music of the 1968 film was a big part of what made it incredibly frightening. Without that music, there’s every chance it wouldn’t have been as big of a blockbuster film. Without comparable music, the TV series may not be either. So here’s hoping the music is as terrifyingly creepy as the original.

The whole reason Rosemary found herself carrying the devil’s seed was thanks in part to those pesky devil-worshipping neighbors. What made them so very evil and scary was the fact that, on first glance anyway, they seemed completely harmless. Most of them were elderly, but the TV show could portray them as younger, perhaps around the same age as Rosemary and her husband. The most important part is that they must portray that innocent-yet-scarier-than-hell quality. This might even be a place for some dark humor, if the writers choose to make them quirky as well as creepy.

In the film, Rosemary was drugged and left to suffer as the devil himself had his way with her. It’s a scene that brings chills and, because it deals with such an awful subject — rape — it will need to be handled carefully in the TV series. It would be hard to imagine the series trying to skip this scene, since it is quite literally what the entire show would be based upon. After all, there can be no baby without the conception — as terrible as that conception may be to watch.

The scene where Rosemary sees her baby for the first time is so scary it is almost beyond the words to describe it. The reaction Mia Farrow had and her terrified query of “What have you done with its eyes?,” along with the music, is not something you easily forget. Saldana will have to provide the same amount of shock and horror or the series will lose major points with the audience.

Zoe Saldana’s husband wears his heart on his sleeve >>

What did you think of the news that Zoe Saldana had been cast in the Rosemary’s Baby miniseries?