HBO’s hit series Girls returns for its third season on Sunday, Jan. 12 and we’ve got the sneak peek video of what could be the world’s worst dinner party to prove it. 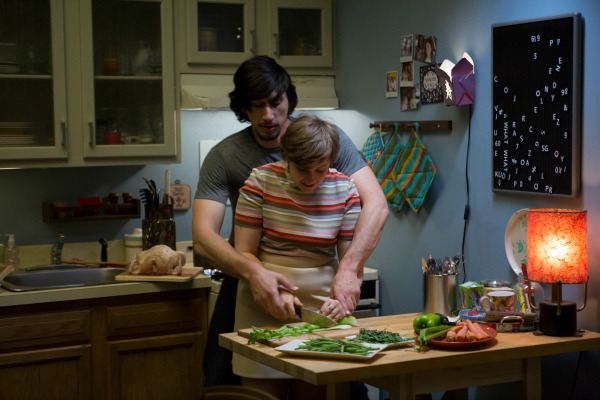 When Girls begins its third season, it’s going to have a lot of explaining to do. According to the descriptions for the first four episodes of the season, a lot has changed with at least two of the characters since the Season 2 finale. At the end of last season, everything looked fine and dandy between Marnie (Allison Williams) and Charlie (Christopher Abbott). They had a good, long talk over brunch where they opened up to each other and declared their love. After that, it looked like they were all set to ride off together into the sunset.

Unfortunately, it looks like their relationship went down the drain. In a brand-new sneak peek clip from the premiere, called “Females Only,” Marnie and Charlie have apparently broken up and she doesn’t have a whole lot of nice things to say about him.

On the bright side, though, it does look like Hannah and Adam’s relationship is heating up nicely. After rescuing Hannah (Lena Dunham) from her depression and the worst haircut ever, Adam (Adam Driver) became Hannah’s hero. Are the two of them really a happy couple and how long will they stay that way? Only time will tell.

In the sneak peek clip, Hannah decides to cheer up Marnie by throwing her a taco dinner party. With Marnie understandably grumpy, Shoshanna (Zosia Mamet) spouting off about plans to party and study alternately, Adam doesn’t seem to be enjoying himself that much at all. That doesn’t stop him from telling Marnie the truth about how he feels about her opinions of the heart, but surprisingly she thanks him for the candor.

It’s one of those conversations that makes Girls what it is… a fun, quirky show with different characters and dialogue. These people are just trying to figure out their lives and they definitely don’t have it all figured out, but part of the fun is watching them try.