It sounds like this guy is a keeper! Britney Spears is totally in love with her supportive boyfriend, David Lucado. 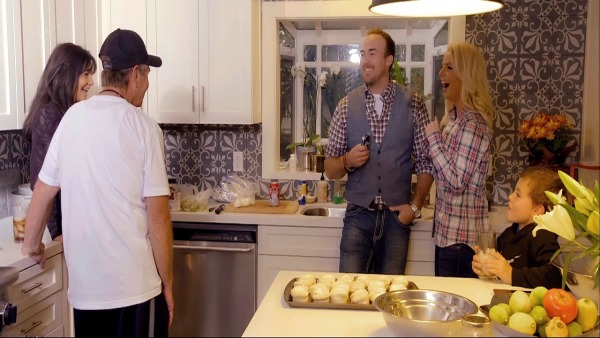 Britney Spears is on top of the world right now. Her Las Vegas show is a hit and she’s in love.

Boyfriend David Lucado seems to be the right man for the job because they share very similar values. According to E! News, the couple is in a great place as they near their first anniversary.

A source told the entertainment channel, “They are totally in love and they make a good pair. He’s from a small town and she is very sheltered. It’s a good mix.”

Not only does the 32-year-old mom-of-two love him, but the rest of the Spears clan approves as well.

“David gets along very well with her family,” revealed the insider.

That down-home feel is exactly what the “Perfume” singer has been looking for. She’s previously described him as “just a simple guy” and it appears he views her in the same light.

The close pal continued, “David still sees her as a regular, normal girl he is dating.”

Lucado has worked as a bartender and at a legal firm, but he’s also following Spears to Las Vegas while working remotely.

“He is extremely happy and doing very well,” the source said. “He is still doing his business but now in Las Vegas.”

The support Spears feels is evident as the two maneuver between Los Vegas and Los Angeles. The Atlanta-raised Lucado was even seen on her arm at the People’s Choice Awards on Wednesday night where she received the Favorite Pop Artist award.

With their shared Southern roots and his low-key demeanor, this might be a relationship for Spears that goes the distance.