Awards season can be a real source of frustration for moviegoers because we haven’t seen many of the movies and roles that are nominated. How are you supposed to get excited about a performer or movie winning an award if you haven’t seen the nominated movie? Here’s a recap of some of the more popular nominees. 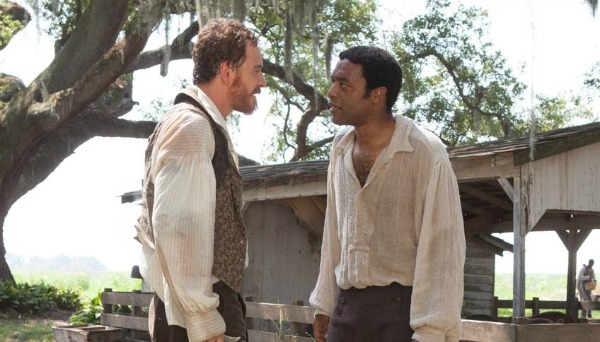 This movie looks excellent and scored seven Golden Globe nominations, but how many of us were too busy during the holiday season to watch it? Grrrr. Worse yet, many of the awards shows will be over by the DVD release date of early February (except the Oscars, which is set to air March 2). When you are trying to find an award-nominated film that has already cycled out of the big theaters, remember to check out your locally-owned independent theaters. For example, in my tiny market, 12 Years a Slave is coming to a local historical theater “soon” so I’ll at least get to see it before the DVD release. Make this one a priority on your list of award-nominated films to see, because you will be seeing and hearing about it a lot.

Most of you were probably smart enough to catch Gravity, as it is one of those rare hybrid blockbusters that found critical acclaim. I am kicking myself for not making the time to watch this in theaters, but I’m going to try to make myself feel better by watching All Is Lost, another movie about being stranded in the middle of nowhere starring the impeccable Robert Redford.

August: Osage County producer Harvey Weinstein didn’t want his masterpiece to get lost in Christmas release dates, so it is set for mass release Jan. 10. Yessssss. Thank you, Mr. Weinstein. We’ve been dying to see this one-of-a-kind project that threw so many of our favorites together — Meryl Streep, Julia Roberts, Sam Shepard, Ewan McGregor, Dermot Mulroney, Abigail Breslin and Juliette Lewis. We love a movie that feels like a delightful mashup of Little Miss Sunshine, What’s Eating Gilbert Grape and Steel Magnolias.

Julia Roberts reveals the surprising way she selects her roles >>

Jennifer Lawrence and Bradley Cooper proved they were the stuff Golden Globe dreams are made of in Silver Linings Playbook and they continued their phenomenally successful run with American Hustle. This Casino meets Blow with a touch of Unusual Suspects (surprise endings) masterpiece — set in the ’70s — is a side-boob shmorgishborg. Delish. Amy Adams delivers the performance of her career in this Golden Globe fave.

The good news is that Labor Day stars the powerhouse duo of Kate Winslet and Josh Brolin. The bad news is that this movie isn’t set for wide release until the end of January. Labor Day tells the story of a man on the lam who makes a life with a single woman and her son, right under the nose of the local authorities. When the pressure gets to be too much, this newly-formed family has to formulate a Plan B. We can’t wait to see this film, but we’re telling you right now, if it’s been nominated because it has one of those tragic rip-your-heart-to-shreds endings, we’re going to be highly annoyed.

Write Jan. 14 on your calendar as the DVD release date for Enough Said. This movie can’t get in our player fast enough. We are excited to pay our respects to the beloved James Gandolfini by watching his last movie, and as a bonus, it looks like an excellent film. Julia Louis-Dreyfus is nominated for Best Actress in a Motion Picture, Musical or Comedy for playing a woman who spends far too much time with her new boyfriend’s ex-wife.