They’re divorcing and they’re getting rid of their home. Khloé Kardashian and Lamar Odom are looking for a fresh start — separately. 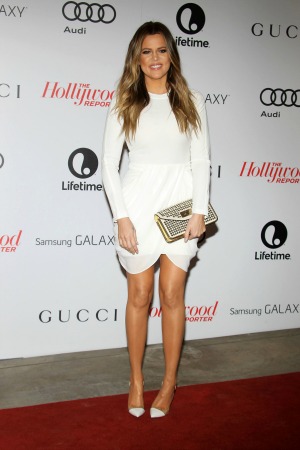 The dissolution of Khloé Kardashian and Lamar Odom‘s marriage continues as the former couple puts their marital home on the market. For buyers who are interested, their 8,400-square foot Mediterranean villa in Tarzana, California, is available for $5.499 million.

The mansion boasts seven bedrooms, eight baths and sits on less than an acre of land. The reality stars originally bought the 2003-built home in 2009 for $3.95 million.

According to the real estate site Redfin, the property includes “ultra-private resort-like grounds” with “a stunning pool with cascading water features, fire pits, and spa.” There’s even an outdoor kitchen for entertaining in the California sunshine.

The home will look familiar to Kardashian fans because it was often featured on their two E! reality shows, Keeping Up with the Kardashians and Khloé & Lamar. It’s located in a gated enclave called Mulholland Park so the prying eyes of the paparazzi don’t stand a chance.

The 29-year-old TV personality filed for divorce from her former NBA-playing husband back in December. The split was chronicled for months as Odom battled alleged substance-abuse problems as well as infidelity issues.

Kardashian has been welcoming the turn of the new year. As she told Cosmopolitan U.K. for its February 2014 issue, “I love the new year, new beginnings. I need a good fresh start; I’m excited for this year to be over with. You only live once so let’s make that one time perfect. We can’t fix our mistakes and imperfections, so let’s have fun. You get what you give out in life.”