Nashville creator Callie Khouri discusses her struggle as “the woman who writes women” and the drama ahead for our favorite female characters when the show returns. 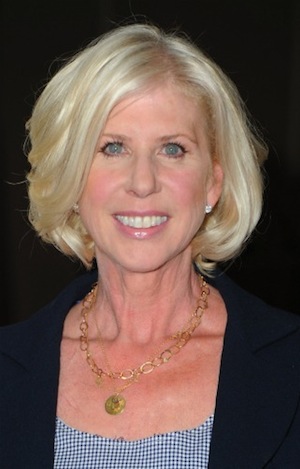 Before she took on the title of creator for ABC’s Nashville, Callie Khouri’s entertainment career started when she wrote a little widely known movie called Thelma & Louise. It has been hailed as one of the standout movies for women, showing two characters in a light we’d never before seen (and perhaps haven’t seen since).

But in my interview with Khouri, she didn’t respond to the film in the expected manner. In fact, she feels she hasn’t seen the impact at all. While this sentiment generated some expected feelings of discouragement for her in her career, Khouri hasn’t since shied away from these characters. That’s something I think we can all be grateful for.

In fact, interviewing Khouri only makes me appreciate Nashville as a show that much more. Khouri has a unique and grand vision for the story, one that extends past the reach of what is considered “normal” on television. She delves into her characters, particularly the woman, and strives to show the complete picture of a person that’s beautifully real in all its complexities and messes.

Khouri dishes exclusively to SheKnows on what’s next for the show and the plot points she’s excited for fans to see unfold.

SheKnows: I’m going to jump right in and ask the question everyone’s dying to know. What happens to Will?

Callie Khouri: You know it’s only a few days away. I cannot say.

SK: Fair enough. When the show does return, will we get the answers in the first episode?

CK: Yes, all questions will be answered in our first episode back.

SK: Can you talk about what we’ll see when the show returns?

CK: Well, obviously, it’s a mess. All hell has broken loose. I can’t be too specific, unfortunately, because I can’t give anything away, but let’s just say we knock everybody through a loop pretty hard.

Kelly Clarkson to bring her vocals to Nashville >>

SK: The Golden Globes are this weekend, and Hayden Panettiere was nominated for Best Supporting Actress in the television category. Are you and the cast doing anything to celebrate?

CK: Well, my reaction to that was, “Boy, how well deserved!” I am just always blown away by Hayden completely. Even in this last episode before the break — that moment of her going to the door and starting to spill her heart to Avery [Jonathan Jackson] and then seeing Scarlett [Clare Bowen] and having to pull it all back inside — is heartbreaking. I hope she wins! I am going to be at the Golden Globes because my husband is also nominated, so I really hope I get to be the first to give her a really big hug.

SK: Since we’re talking about Hayden, let’s discuss Juliette. She always seems to be struggling to find herself as an adult. Are we ever going to see Juliette settle into life?

CK: She is a character that really grows up in front of us. And she makes a lot of seriously bad decisions. We see someone who is really trying to own her own life. I think, you know, she’s going to make mistakes, but she’s also a bit of a target. People judge her pretty harshly. I think there’s always some of that. It’s a two-way streak with her. People want to think of her as more of a Lindsay Lohan than she is. She’s actually more of a mature person.

Nashville sneak peek: Does Will die? >>

SK: I have to ask about Juliette and Avery. We know there are feelings between those two, and we’re all dying to see a relationship develop. Is the second half of the season finally when it’s going to happen?

CK: She was putting it out there and got really stung when she saw Scarlett. It’s going to take awhile. She’s not going to be the one who goes running back to say, “I know Scarlett was there, but…” She really got her feelings hurt. And he’s in a tough situation, too, because he doesn’t want to be the jerk that goes, “Oh, bye Scarlett! I know you’re really in need right now, but bye!” 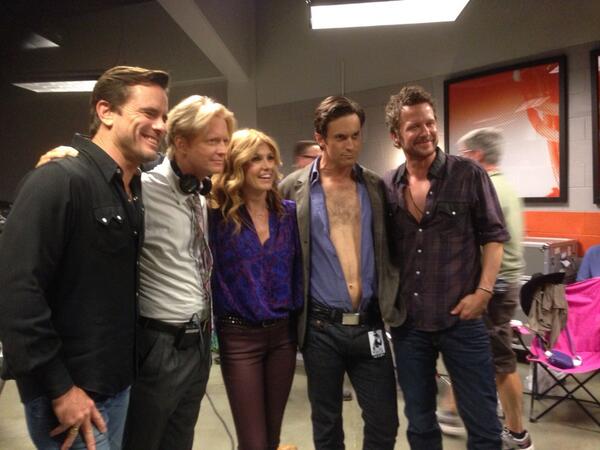 SK: Another couple we’re hoping will finally get it right is Rayna (Connie Britton) and Deacon. From the looks of it, when the show returns, he hasn’t given up, but is it too little, too late for them?

CK: They have a relationship now, whether or not they want to, because Maddie is kind of insisting on it. I think they have to manage their way through that. I think this relationship that Rayna’s having with Luke is actually one that’s really compelling to her because it solves so many of the problems for her that she’s had in other relationships. And that is she has never been with a guy she felt was really her equal. She was a bigger star than her husband. She was certainly a bigger star than Deacon. And so it never put her on footing with a guy she felt knew exactly what her life was. She was more the breadwinner in the Teddy relationship.

And she was certainly the employer of Deacon and having to keep that relationship at arm’s length all that time, and then knowing their history and then seeing what happens when they do try to get together — it just instantly explodes again. I think she’s really committing to not putting herself in another situation where she’s that vulnerable, that sad. She and Deacon… I don’t know what you can do about that kind of chemistry. They’ll never not have that.

SK: But she and Luke are going to continue to develop things for a while at least?

SK: It looks like Scarlett and Gunnar will be brought back together when the show returns through their music. Are we going to see feelings resurface between the two?

CK: Well, you know, Scarlett’s going through a lot right now and, let me put it this way, it would be really easy and really unlike Nashville for Scarlett and Gunnar to just go, “You know what? Come on, let’s try it again.” No, it doesn’t start simply for them. It’s a little more complicated.

SK: I think we can all agree that’s one of our favorite parts of the show — that it’s not easy.

SK: Scarlett and Gunnar duets are my personal favorites. Will we see more new music from these two?

SK: What other new songs can we expect?

SK: All of the actors do all of their own singing, is that correct?

SK: How has that helped create and further the culture of the show in your opinion?

CK: We really have a strong case of life imitating art here. Our actors are on the Opry. If you go to the Opry shows on the weekends now, you’re very likely to see Chip [Charles Esten who plays Deacon] or Clare [Bowen who plays Scarlett] or Jonathan [Jackson who plays Avery] or Sam [Palladio who plays Gunnar] performing in any number of combinations. They go do gigs on the weekends. They are actually now living more the life, certainly this second season than they were even the first season, of being musicians. They’re writing songs with people. The crossover to what their lives are like on the show and off the show, that gap is narrowing.

SK: Last question: I want to talk a little bit about your career. Your résumé boasts quite the diverse range of strong, driven women. Can you talk about these characters a bit? What draws you to them?

CK: To me, it’s interesting. My first thing was Thelma & Louise and that was kind of something all on its own. That was a movie that I just felt like I needed to see and had never seen. I felt like I never saw women who ever really represented what it felt like. Doing a movie that had what people perceived as two strong women — Thelma and Louise were characters that didn’t realize they were strong women until they were presented with one situation after another that they had to negotiate in the moment what they were going to do.

From that day on, I was never offered anything that didn’t have one, two, three, five women in it. Everything that has been offered my entire career has been about or with women entirely. I went through a long period of being like, “I am so sick of everything being about women. I just can’t talk about it anymore.” It’s certainly not getting any better. I don’t look around the world and think, “Oh wow, Thelma & Louise changed everything. Now you see all kinds of great women characters!” If anything, it got worse. People would say, “Oh gosh, you must be so happy about how Thelma & Louise really changed things.” And it’s like, “It did? I don’t see it.”

So, I finally just had to come to terms with the fact that whether I liked it or not, this was going to be what I got to do in my career. People were always going to come to me as the woman who writes women. And then, I was talking about it with a friend of mine and she was like, “Why would you fight that? There’s so little out there for women. There’s so little out there that’s smart that’s directed toward a woman like yourself. Who else is doing it? If that’s what you have to do, do it.”

And I was like, “Thank God for my smart women friends who say s*** like this to me.” Because, at that point, I decided absolutely I’m just going to embrace this. And I’m going to take the opportunity that I’m given to take women, even women like Rayna and Juliette, who are in a world where what’s expected of them is far narrower than who they actually are.

I think it’s really interesting because you’re watching Rayna, a character who, by any other measure, would be at the stage of her career where she’s being asked to go gently into that good night and let the younger artists come up and replace her, and she’s not going anywhere. She won’t even have the conversation. She just keeps plugging away. She might as well be Bruce Springsteen going out there. Nothing’s going to stop her. Whatever obstacles are put in her way, she’s never, ever thinking, “Why is this happening to me?” She’s always thinking, “OK, now what do I do to get around this?”

Now that she’s got her own label and she’s got Scarlett on that label, we’re going to see her dealing with a whole new generation of trying to help another young woman in a really competitive, still very male-centric world.

I guess what the long and the short of it is it’s my calling and I’m more at peace with it now than I have been in years. I’m really kind of happy that I get to do it. And little by little, maybe things will change where you’re seeing women characters that are whole and their lives are considered just as interesting as the men’s on many levels, not just their love life and not just how they support the male reach.