Cameron Diaz is one of the most beautiful women in the world — but now she’s revealing the one flaw to her beauty that left her self-conscious for years. 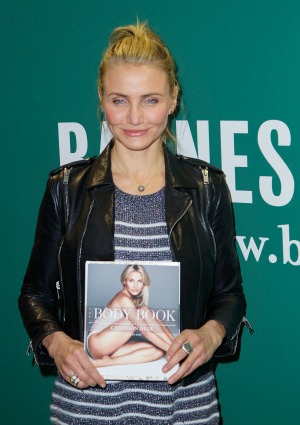 Leggy, blond, with those sparkling blue eyes and infectious smile: Cameron Diaz is the quintessential California beauty. But because of one pressing issue, the actress wasn’t always so comfortable with her looks.

Diaz, who is currently promoting her tome The Body Book, told Seventeen that really bad skin left her totally miserable.

“You might think my life is always totally glam, but I used to have horrible acne — deep, boiling pimples — the kind that hurt so badly, I didn’t want to leave my house,” she revealed in this month’s Body Peace Project column. “My friends said they didn’t notice, but I’d say, ‘It’s the only thing anyone can see!’ No amount of concealer and foundation could take away the texture of my skin, the embarrassment I felt, or the pain of those raging pimples. I was miserable.”

Turns out, there was one major culprit — and once she identified that, smoother skin and a stronger body were hers.

“At the same time, I was this skinny girl who could eat anything I wanted without gaining an ounce — so I did,” the actress, who last year said she feels better at 40 than she did at 25, explained. “If you really are what you eat, I would have been a bean burrito with extra cheese, extra sauce, no onions! Sometimes on a Friday-night drive-through run, I would order a double cheeseburger with French fries and onion rings. I was the poster child for being both skinny and unhealthy — and I had the zits to prove it.”

A nice side effect of the newfound glow was that her body was stronger and more capable than ever. She began surfing and snowboarding, which are now two of her favorite hobbies, and started focusing on how she felt instead of how she looked.

A great lesson for all of us!