The game is on, or should be say the heist? In The Nut Job, Will Arnett and his animal crew have a score to settle. 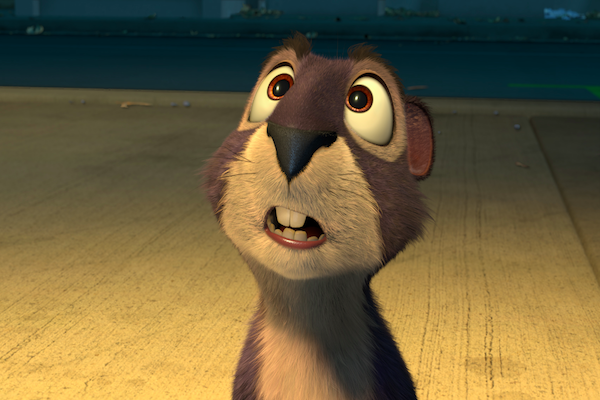 “This movie is an animated action nut-heist comedy.” That’s how actor Will Arnett describes his latest film The Nut Job. In it, he plays a squirrel named Surly who’s at the root of a food catastrophe. After accidentally destroying the woodland food supply, he tries to recoup what they lost by any means necessary.

Surly, along with his rat friend Buddy plan to rob a nut store. The objective is pretty straightforward but they’ll need a little help from other creatures like Andie (Katherine Heigl) and Grayson (Brendan Fraser). The Nut Job is like Ocean’s Eleven but with animals. It’s a fun ride that will entertain your whole family.

The Nut Job is co-written by Peter Lepeniotis and Lorne Cameron, and Lepeniotis also directs the film. Cameron is no stranger to animated features; his résumé includes Justice League of America, Brother Bear 1 and 2, and Over the Hedge.

10 Animated movies coming out this year >>

The rest of the cast includes Liam Neeson, Stephen Lang, Sarah Gadon, Jeff Dunham and Maya Rudolph. Coincidentally, both Rudolph and Arnett co-starred in NBC’s Up All Night, and they both love putting their voices to work for animated projects. Rudolph previously appeared in Turbo and Shrek the Third, while Arnett starred in Despicable Me and Ratatouille.

Check out this exclusive Nut Job featurette below:

Will you be heading to theaters for The Nut Job?