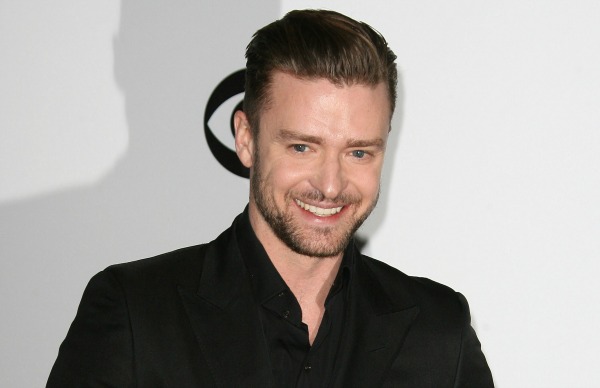 Don’t we just want to take Justin Timberlake home with us? What wife? Jessica who? He’s just a doll. During his acceptance speech, he gave all the married dudes in the audience a helpful hint when he said that putting the dishes in the dishwasher goes a long way. This is why we love him. He’s hot and smart. He’s also apparently down to earth if this tweet is any indication.

The peeps love Ellen DeGeneres, and they proved it by honoring her with her 14th People’s Choice Award for Favorite Daytime Talk Show Host. She cracked the audience up by telling it that a lovely African-American woman who works 80 hours a week to get by looks forward to going home every single night to watch her and that the woman’s name is Oprah Winfrey. Here, DeGeneres thanks her adoring fans.

That crazy kid Adam Sandler read a note clearly written by a little kid during his acceptance speech for Favorite Comedic Actor that was signed by, “Your fan for life, Drew Barrymore.” The People’s Choice Awards tweeted a picture of funny guy Sandler with funny gal Sandra Bullock.

Cutey-patootie Beth Behrs did a fantastic job hosting the awards show with Kat Dennings on Wednesday night and took to Twitter to describe a wardrobe crisis.

Legendary hottie Zac Efron took us backstage and behind the scenes of the People’s Choice Awards with this tweet.

Britney Spears is back and the people love her. She won out over Demi Lovato, Justin Timberlake, Bruno Mars and Katy Perry for Favorite Pop Artist. It pays to “work, b****.”

We heart Shemar Moore and have since his days on The Young and the Restless, but his time in front of the mic last night with Malin Akerman made us squirm a little bit. Moore took his job as presenter for Favorite On-Screen Chemistry a little too seriously and more or less used his time onstage to hit up on Akerman! He was clearly excited about this opportunity, tweeting about it ahead of time.