The 2014 People’s Choice Awards was filled with brilliant moments and acceptance speeches. Here are some of the best. 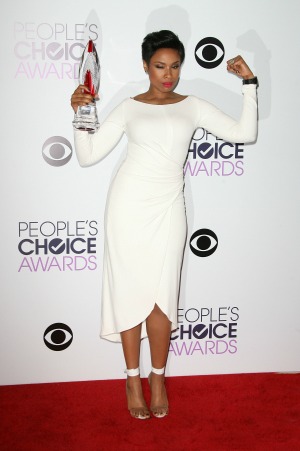 The best and the very best speeches

The 2014 People’s Choice Awards was filled with brilliant moments and acceptance speeches. Here are some of the best.
1

The “I Got This” songstress was honored for the great work she has been involved in with her Julian D. King Gift Foundation, the foundation which she set up after the tragic murders of her nephew, mother and brother that took place in 2008.

Joined onstage by her older sister Julia, Hudson said, “I have to start off saying the same thing I said when I won my Oscar — look what God can do!”

Hudson is truly a beautiful and powerful woman who has managed to overcome the horrific loss in her life and use it to do something positive in the world.

“It’s one thing to be a celebrity and have power — but it means nothing if we’re not making a difference with helping someone else and trying to change a life.”

There are few celebrities as deserving for this award. Keep up the good work, Hudson!

Ellen DeGeneres is on top of her game and managed to beat out other talk show heavyweights Dr. Phil, Rachael Ray, Kelly Ripa and Michael Strahan, and Steve Harvey to take the crown of Favorite Daytime TV Host at the People’s Choice Awards.

The funny woman stole the show on Wednesday night and proved just why she was voted daytime’s most entertaining person. From her antics with pal Justin Timberlake and her failed attempt to join him onstage during his award acceptance speech to her very own speech — there is a reason this woman has 14 trophies under her belt!

According to the Associated Press, DeGeneres’ latest award has earned her the title of the woman who has been awarded the most People’s Choice Awards — a total of 14 trophies.

During her speech, the The Ellen DeGeneres Show host joked, “As a young girl growing up in New Orleans, if anyone would have told me I was going to win 14 People’s Choice Awards I… I mean 12, yes. Thirteen, maybe. But 14?”

Lastly, we loved seeing Robert Downey Jr. get into character and create some fun at the Los Angeles’ Nokia Theatre on Wednesday night.

The actor made his presence felt onstage as he channeled his character Tony Stark during his acceptance speech.

With the sound of victorious music playing in the background and after requesting a spotlight, Downey Jr. began his humorous speech by saying, “Seeing how this is the People’s Choice Awards, I would like to thank one person. He is my superpower and my secret weapon and my right-hand man for the last 10 years. He was there every scene, every day, every sequel, every action movie I’ve ever done. His name is Jimmy Rich.”

“I am Iron Man, and this is for the people. Thanks a lot. This is really a pleasure.”

What were your favorite or least favorite moments of the 2014 People’s Choice Awards?