We’ve seen it happen before, but we really didn’t expect it to happen to these two. Kelly Osbourne and Matthew Mosshart have decided to call off their engagement. 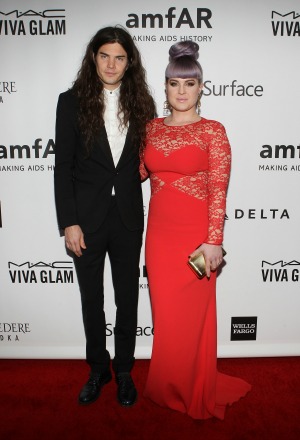 The news that Kelly Osbourne and her beau Matthew Mosshart have decided to call off their engagement comes as quite a shock, considering that just a few months earlier the Fashion Police star was evidently so in love.

The couple — who have been together since they met at Kate Moss’ wedding to The Kills rocker Jamie Hince in July 2011 — had decided to take their relationship to the next level during a romantic proposal last summer in the picturesque setting of the Caribbean island of Anguilla.

The pair had previously even admitted to being soul mates, and Osbourne gushed about her man to Hello! after the news of her engagement broke.

“I have never felt this close to another human being, ever. We’re completely in love,” she said. “People say we’re co-dependent but we just want to be together all the time.”

At the time, Mosshart shared his lady’s sentiments and told the magazine, “We were on a balcony that overlooks the ocean. It was just beautiful. She said yes! And then she smiled for the rest of the night!”

He sweetly added, “I knew she was ‘The One’ pretty early on.”

However, the pair have now decided things between them just aren’t going to work out in the long run, and they have now gone their separate ways.

In a statement to People, a spokesperson for the English beauty said, “Kelly and Matthew have decided to end their engagement. The split is amicable and the pair continue to have nothing but the utmost respect for one another.”

“Kelly is looking forward to a new year full of fresh beginnings. No further comments will be provided by all parties and we request privacy, decorum and space from the press but don’t expect it.”

The So Undercover actress has yet to address the split directly, but our thoughts are with the former couple. We are only sad they couldn’t work through their differences because they made such a cute pair.