You may not be old enough to remember the original film starring Brooke Shields and Martin Hewitt that released way back in 1981, but this tragic love story is getting a reboot with hottie Alex Pettyfer and we can’t wait!

We all remember that first boy and that first kiss — a magical moment that stays with us forever. Endless Love tells the story of a privileged teenager named Jade (Gabriella Wilde), who falls for David (Alex Pettyfer), much to her overbearing parents’ dismay.

Jade is a reserved, bookish girl who begins to blossom around David as they explore their love emotionally, but mostly physically. Jade’s parents (Joely Richardson and Robert Patrick) can’t stop their loins from burning, even after a suspicious fire burns down their home.

British actor Pettyfer (Magic Mike) seems like a good choice to play this modern-day Romeo, given that he looks so sensitive and sweet. Also from England, Wilde (Carrie) is pretty as a picture and the two seem to have a lot of chemistry on screen. 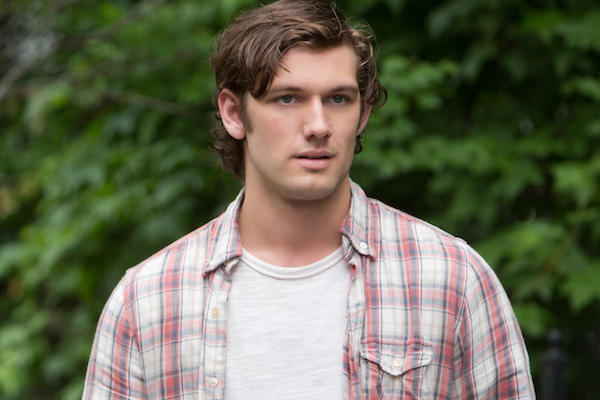 We only wish director/co-writer Shana Feste (Country Strong) would have taken a risk and cast the original Endless Lovers, Brooke Shields and Martin Hewitt as the parents in this remake — could’ve been kind of cool to see this movie come full circle.

One thing we are super excited about is the song playing in the trailer. This absolutely haunting cover of Robert Palmer’s “Addicted to Love,” croons out of singer Skylar Grey’s mouth, giving the film a dark, obsessive vibe to it. We think this song is an excellent choice given that the original theme song, a duet sung by Lionel Richie and Diana Ross, needed to stay in 1981.

We’re just happy to see a love story that doesn’t involve a vampire, alien or robot! We recommend you get your tickets early, because this movie is sure to make for a popular date-night on Valentine’s Day, which falls on a Friday this year.