Can’t get enough of naughty housewives? Hulu’s The Hotwives of Orlando is your next guilty pleasure. 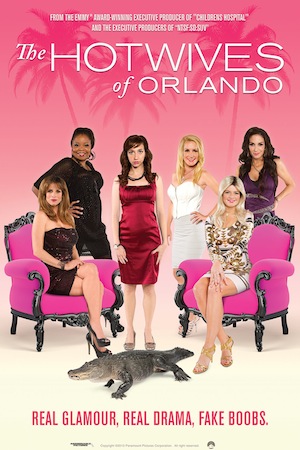 If you’re a reality TV fanatic, you’re going to love The Hotwives of Orlando. Paramount Digital Entertainment and Hulu have joined forces for this hilarious web spoof. As you might suspect, Hotwives is an over-the-top sendoff of the Real Housewives franchise.

Is reality TV the kiss of death for marriage? >>

The Hotwives of Orlando is co-produced by Paul Scheer and Jonathan Stern. It stars a talented group of comediennes and writers such as Casey Wilson (Happy Endings), Kristen Schaal (Flight of the Conchords), Tymberlee Hill (Drunk History), Andrea Savage (Step Brothers) and Angela Kinsey (The Office).

Even if you aren’t into the Real Housewives, you’ll enjoy what Hotwives brings to the table. Scheer tells EW, “It’s super funny. These characters are already so outlandish that when you add comedy to it, it makes it bigger. I don’t think it matters if you’re a fan or not. You will get it.” This show could do for the Real Housewives, what Burning Love did for The Bachelor.

Is Ben Stiller’s Burning Love better than The Bachelor? (Hint: The answer rhymes with “mess”!)

If that’s not enough to draw you in, perhaps the famous guest stars will? This season of Hotwives of Orlando will include appearances by Joey McIntyre (The Heat and New Kids on the Block), Kate Walsh (Private Practice) and many more.

Check out the trailer for The Hotwives of Orlando below:

The series debuts later this year on Hulu and Hulu Plus.

Will you be tuning in to The Hotwives of Orlando?