Vin Diesel posted a long video of behind-the-scenes moments with himself and Paul Walker while they shared good times and did interviews for the Fast & Furious franchise. 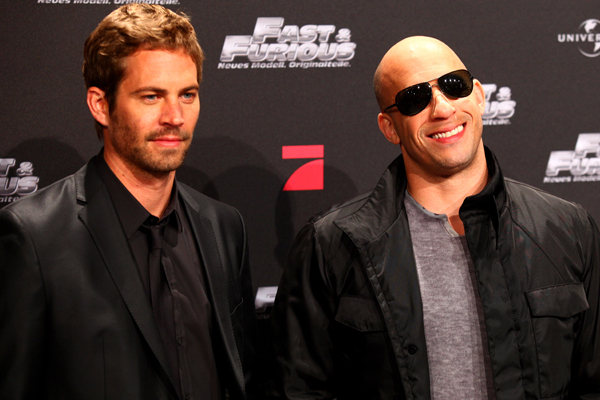 As a touching tribute, Vin Diesel posted a long video on his Facebook page that includes lots of behind-the-scenes moments, interviews and fun times with the late Paul Walker.

In an 18-minute video, Diesel posted some of the best and fondest memories he and Walker shared through the years during their ongoing Fast & Furious media run. It’s evident in the clip how close the pair had become and how easily they were able to joke and laugh with each other.

Titled “A glimpse… of Dom and Brian… off screen,” (Diesel used his and Walker’s Fast & Furious character’s names) the video captures their tight friendship and the fun they had as they promoted their popular film franchise over several years. In one part of the video, Diesel and Walker are giving an interview outdoors, and Paul begins to goof off.

Other parts include a visit to Paris, where Diesel suggests to Walker and others on the trip to pose in front of the Eiffel Tower for a cheesy tourist photo. In another instant, during an in-depth interview, Walker thanks Diesel and the rest of the film’s crew for changing his life by letting him star in the popular car-racing movies.

As it is widely known, Walker died tragically in a fiery car accident at just 40 years of age when the decked-out Porsche he was riding in violently crashed into a pole, a tree and a sign. Diesel has taken the death of his co-star and friend very hard and has posted several heartfelt messages on his Facebook page.

“Pablo, I wish you could see the world right now…” Diesel wrote. “And the profound impact, your full life has had on it, on us… on me…”

To end the touching video he just posted, Diesel added, “It’s a blessing to be able to work with your brother on and off-screen.”