Jake Gyllenhaal has once again added to his list of beautiful ex-girlfriends. The actor and his model girlfriend Alyssa Miller have decided to call it quits. 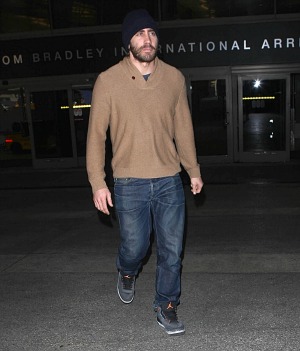 Jake Gyllenhaal is loved by many women across the globe and they certainly will be thrilled to hear the Hollywood heartthrob is once again single.

The actor has reportedly ended his six-month relationship with beautiful Sports Illustrated model Alyssa Miller because of his intense work and traveling schedule.

Rumors suggest the couple called it quits in December because they were unable to maintain their relationship after Gyllenhaal moved from New York City, New York, to Los Angeles, California, to film his much anticipated upcoming thriller Nightcrawler.

A source revealed to Us Weekly, “They fizzled out. It happened a while ago — before the holidays. He’s back on the scene.”

“Things were really good between Jake and Alyssa right up until he had to leave for LA to go shoot a movie [Nightcrawler] in the fall. Then the distance just really got to them.”

Another source told Us Weekly that the couple were having problems even before they decided to split. “They were apart for the holidays, and things weren’t good with them even before that,” the source said.

“She’s very much a long-term relationship girl. He’s not as much of that mind-set.”

The once happy pair started dating in June after meeting at a gym in New York and many had thought that this romance could finally be the Prisoners actor’s happily ever after.

Unfortunately, Miller will now be added to Gyllenhaal’s long list of ex-girlfriends, which include other beautiful women such as Taylor Swift, Reese Witherspoon and Minka Kelly.