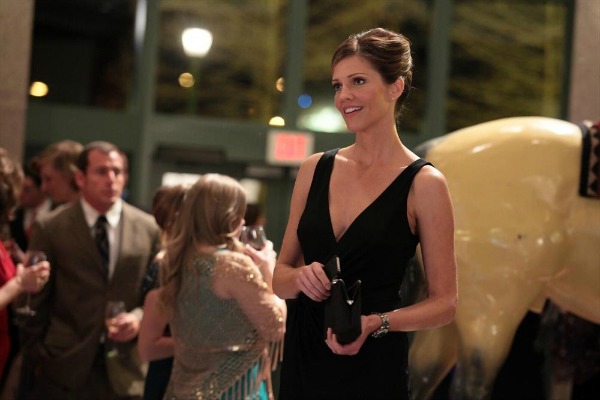 OK, I’m just going to come right out and say it: I am deeply in love with Killer Women. If that sentence wasn’t about a TV show, I realize it would sound very strange, but since it is about a TV show, we can just move straight on to all the reasons why I liked it.

I was a tomboy growing up, so I will freely admit that a good portion of my love for this show is directed at Molly. I was even a horsewoman earlier in my life, though never what you’d call a “cowgirl.” But when I was little, I dressed up in a little cowgirl skirt with fringe, wore a matching hat and had two plastic guns in holsters on my belt. I’ll bet there are many girls out there who would love to have the guts to do what Molly does and now they can all live vicariously through her as she hunts down killer ladies.

Speaking of killer ladies, that’s another reason why I like this show. A lot of procedurals may dip their toes into a female killer story every once in a while, but this is the first time that I can recall one taking on nothing but women. I find the subject matter endlessly intriguing and the fact that it’s a woman who is doing the tracking of these killers makes it that much better.

Molly has instincts about the women she is chasing — instincts that only another woman could have. Is it sexist to say that there are things a woman would know about another woman that a man might not? Well, if it is, then I guess I’m sexist because I believe it and I enjoyed watching Molly use those instincts to figure out what everyone else missed. Yet, at the same time, Molly isn’t afraid to admit that she’s not perfect and I found that her weaknesses were just as revealing about her character as her strengths.

But while the show centers on Molly, it also has plenty of other characters to round out the story. Between her DEA boyfriend, her cowboy brother, her feisty sister-in-law, her nieces and her boss, not to mention her scumbag of an ex-husband, there are a lot of people for her to interact with and all of them have a different, yet important, relationship with Molly.

Overall, I found the first episode a rip-roarin’ good time and I’m excited to see where this series takes us during the next seven episodes.

Becca ordering Molly to get out of her jeans and pick a dress. I can already tell that’s going to be a fun relationship.

Molly not taking the bait when the cops were making cracks at her expense.

Zea tossing Molly that burrito like it was something they always did.

Molly waking up to find her niece and dog in bed with her.

Dan and Molly de-arming each other before climbing into bed together.

Molly opening up to Martina about what happened between her and her husband.

Molly and Dan rescuing Martina’s mother and daughter in a great action sequence.

Molly marching into her ex’s office and demanding he sign the divorce papers or she was going to tell everyone who he really was.

Finding out that Molly played the trumpet. I can’t say that I saw that coming.

What did you think of the first episode of Killer Women?