Jessica Simpson has two children, but you wouldn’t know it by her new body. The singer is a true believer in Weight Watchers and is out showing off her progress. 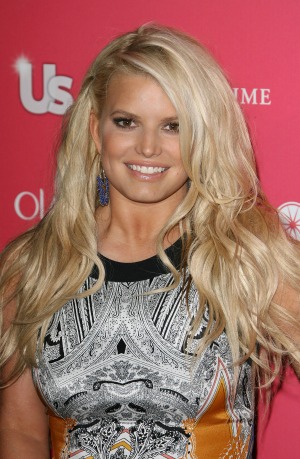 Simpson signed on as a spokesperson for Weight Watchers before the birth of her daughter Maxwell, and is a true convert to the program.

“I believe in it with all of my heart,” Simpson told Good Morning America‘s Lara Spencer (via E! News). “It’s a lifestyle. I’ve tried so many different diets, and you can only stick to something for so long. I feel like with Weight Watchers, it just becomes a part of who you are.”

Maxwell is now 20 months old, and Simpson admitted she “didn’t care” about how much weight she gained during that pregnancy, saying, “I just let myself have whatever I wanted.”

The 33-year-old worked hard to lose the weight after Maxwell’s birth, but then she became pregnant again fairly quickly. Her son Ace was born in June, and the second time around, she made more of an effort to gain the right amount of weight, explaining that she wasn’t as “relaxed in my eating and everything [the way] I was with Maxwell.”

“I had already been on Weight Watchers, and I had already lost over 50 pounds,” she said. “I was just already in a healthier regimen, so I kept walking and staying active — and Maxwell started walking!”

The post-baby weight loss means more to Simpson than just getting back to her slim figure — it’s about being healthy for her children.

“I really do feel this need to be the best role model for my children,” she explained. “I want [Maxwell] to look up to me and want to be like me. I don’t want to give her any false perception of what is real and what’s important.”

The children’s father Eric Johnson has been around for the whole process, and Simpson said they hope to be married sometime this year. Although she admits “we don’t have an actual [wedding] date, but we do know that we want it to be this year. We need to get married.”