Idris Elba recently took to Twitter to share his rather unusual view of bow ties, and his cheeky tweets gained a lot of attention. 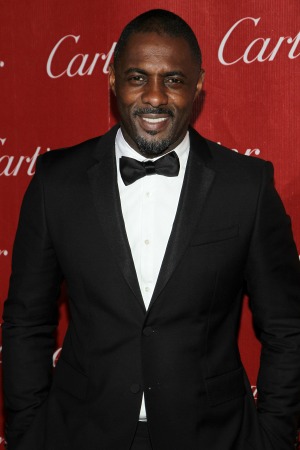 Idris Elba has been praised for his recent role in the film Mandela: Long Walk to Freedom and he certainly did look dapper sporting a bow tie at most of the movie premieres.

However, the Pacific Rim actor has now revealed he thinks of bow ties as far more than just a fashion statement. Elba made a rather raunchy post on Twitter on Saturday, saying, “My Bow makes my d*** hard every time I smile…is that normal? (sic)”

We would like to say this is already too much information, but the British actor was not done with his praise for his favorite fashion accessory.

The Luther star then posted a picture on Twitter with himself adjusting his bow tie, which he captioned, “Had fun…releasing the beast..:) (jokes) (sic)”

It is to be expected that posting cheeky tweets will attract attention and Elba was pleased with the attention that he received. He released yet another tweet to say, “Wowsers! Crazy how many new followers you get when you mention the D*** If I owned a Bow tie company I’d be laughing. Dickie Bows by Driis.”

Luckily for Elba, there is a good chance he will be able to wear his beloved bow ties more frequently in the future. He has been tipped for several nominations for his portrayal of South African freedom fighter Nelson Mandela.

In fact, the role of the late Mandela was far more than just a role for the star, who found himself deeply inspired by a great man. At the time of Mandela’s death, Elba released a statement, saying, “What an honor it was to step into the shoes of Nelson Mandela and portray a man who defied odds, broke down barriers and championed human rights before the eyes of the world. My thoughts and prayers are with his family.”