Celebrity chef Nigella Lawson’s life has been filled with drama recently, but could that be just what Hollywood is after? 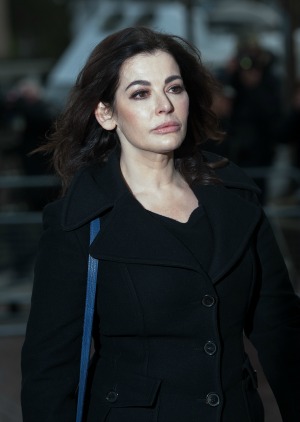 Celebrity chef Nigella Lawson has been receiving a lot of press lately for all the wrong reasons and her life seems to be filled with turmoil. However, if rumors are to be believed, then this turmoil is exactly what is needed to make a successful film.

There have been reports circling that a film about the Nigellissima star‘s life is set to take place and according to The Sun newspaper, producers already have an idea of who they’d like to star as the leading lady — showbiz great Angelina Jolie.

A source revealed to the paper, “Angie had planned to take a lot of time off next year but this role is very tempting.”

“She has been gripped like everyone else by all the drama surrounding Nigella these past few months and thinks she is a remarkable woman. The story has got it all — and she’s as intrigued as anyone else by it.”

The drama in question refers to Lawson’s divorce from her successful husband Charles Saatchi after photographs emerged of him with his hands around her neck. The photographs deeply shocked fans, but when Lawson appeared in court it shocked them even more.

Lawson appeared to testify against her former aides, sisters Elisabetta and Francesca Grillo, who at the time were facing fraud charges. However, the attention quickly shifted to the The Taste star, who was viciously accused of being a drug user. The accusations left Lawson no choice but to admit that in her past she had occasionally used cocaine and marijuana.

Lawson has yet to comment about whether her life story will be hitting the big screen, but we have to agree, it would certainly make for good entertainment.