When Dallas returns on Feb. 24 be prepared for some good old-fashioned soap opera goodness, with a lot of ties back to the original series. 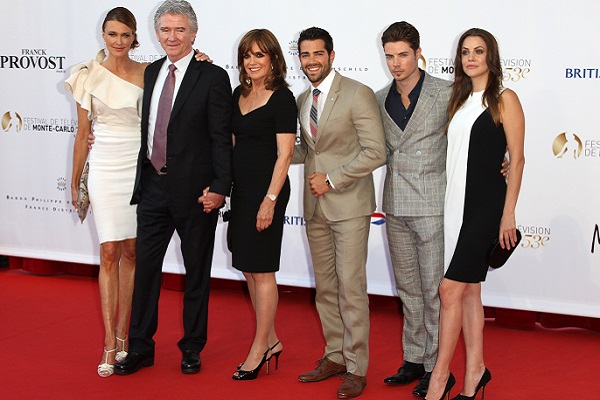 There’s nothing better than an evening soap opera that knows its aim, and that’s exactly what we can expect from Dallas. Executive Producer Cynthia Cidre spoke with TV Guide recently to give away a few hints about what viewers can expect when the steamy hit returns Feb. 24 on TNT.

With the loss of Larry Hagman and one of the most well-known characters in television history, J.R. Ewing, they’re going to remind viewers of the history of Dallas and Southfork. The opening scene of Season 3 will feature Bobby Ewing at the graves of J.R., Jock and Miss Ellie saying, “I guess I’m the only one left now. I hope not to disappoint you.”

Thankfully, things aren’t really that dire, as life will be as crazy as usual at Southfork. There will be another pregnancy, a shooting, a death and a wedding at the ranch, which will bring back beloved family members Lucy (Charlene Tilton), Ray (Steve Kanaly) and Afton (Audrey Landers), resulting in more nostalgia.

Christopher (Jesse Metcalfe) is going to start a new relationship with a sexy rancher named Heather played by 90210 veteran AnnaLynne McCord. Anything that brings McCord back to the small screen sounds fabulous!

If you recall, things weren’t going so swimmingly between Bobby (Patrick Duffy) and Ann (Brenda Strong) when we saw them last after so many lies came to light about Ann’s life before her marriage to Bobby. Rumors are that Bobby may cheat (why always with the cheating?) and it’s possible we could see the return of Jenna Wade (Priscilla Presley). But we probably shouldn’t put our faith in rumors, right?

Because cheating is all the rage, when Sue Ellen (Linda Gray) finds out John Ross (Josh Henderson) is straying in his marriage, she can’t help but think he’s going to turn out just like his father and she hits the bottle in a hard way — not just the light way like she was when J.R. died.

Apparently this is all a way to get Sue Ellen back to the gal she played in the original series so her problems will result in a mid-season cliffhanger that’s very similar to one from the original ’70s series. Take a look at the clip below and see if you think we’ll be revisiting this famous scene, but with John Ross at her side.

One of the most exciting aspects as a viewer of both the original series and the new Dallas are the references between the two. Anytime there’s an opportunity not only to reintroduce a character who was known previously to the long-standing audience, but to remind us that history repeats itself is absolutely brilliant — because it’s real.

Mistakes made by the parents are often repeated by the children — and by individuals over and over; and to get to see it on screen with the same characters years later is truly special.