There are going to be some happy guys on the Brown University campus this semester. Emma Watson has broken up with her longtime boyfriend. 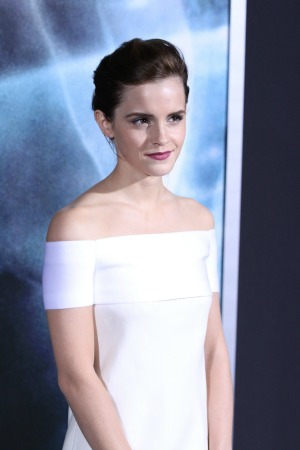 The turn of the new year is always a time for assessments in life and in love. So the news that Emma Watson had split with longtime boyfriend Will Adamowicz came as a surprise to many of her fans. However, there’s a catch to this breakup.

According to the Harry Potter actress’ rep, the split happened a long time ago.

The rep told the U.K.’s Mirror, “Emma and Will separated last summer and are no longer in touch.”

The couple met back in 2011 when they were both students at Oxford University. Watson is now completing her degree at Brown University in Providence, Rhode Island.

The British publication is reporting that her hectic schedule was to blame for their separation. Even if the duo broke up during the summer, the last reported sighting of them was in November at an acoustic folk rock concert.

The 23-year-old star works hard to maintain her privacy despite her high profile. Even a crowded event like the Coachella Music Festival isn’t safe territory for her.

Emma Watson is inspired by the Kardashians >>

She explained to Glamour back in October 2012, “My friend got me tickets for my birthday, and what am I going to say? No, I’m not going to go, because I don’t want to be photographed? But it was a huge crowd, and I thought there was no way anyone could get pictures of me, but somehow they found me. It’s difficult on my dating life, because anyone I get photographed with is automatically my boyfriend. So it just makes it look as if I’ve had, like, 6,000 boyfriends!”

Now that she’s on her own, Watson might have to put up with a few American college boys asking her out. Hopefully, she can handle the cultural differences.

She shared, “I remember a few nights into Brown [University], this guy just being like, ‘I like you. You’re great. Let’s go on a date. Let’s do it.’ I’m like, ‘I’m sorry, what just happened?’ This is like a huge culture shock for me. They’re very, like, open and very straightforward—but they wear flip-flops and I don’t know if I like that.”

Got that, guys? No flip-flops.