It’s been a sad few months for Keeping Up With the Kardashians star Scott Disick. He reportedly lost his dad last week — just three months after losing his mom. 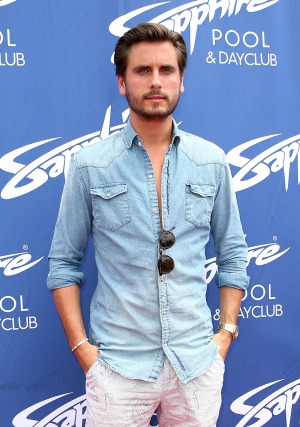 It certainly wasn’t a happy holiday for one reality star. Scott Disick‘s dad passed away sometime last week, according to Radar Online. This comes on the heels of losing his mother, Bonnie Disick, only three months ago.

The Keeping Up With the Kardashians star hasn’t confirmed the news yet, but his last tweet was posted on New Year’s Eve. He had been with the Kardashian family, who took a ski vacation in Park City, Utah.

The 30-year-old TV personality is an only child, so losing his mom and his dad, Jeffrey, in such a short time has got to have an impact. In fact, after the loss of his 63-year-old mother, he headed to the Dominican Republic with girlfriend Kourtney Kardashian to mourn.

According to People, the couple discussed expanding their family beyond their two children, son Mason, 3, and daughter Penelope, 1.

He reportedly said, “I want an entire soccer team.”

Kim Kardashian vows: Do they have a statistical hope in hell? >>

Disick hails from Eastport, New York, but he’s made his home on the West Coast for years now. He lives with his family in the Calabasas, California, home frequently seen on their E! show.

His parents appeared a few times on the cable reality show, but it seems the dad of two spent more time with the Kardashian clan over the past few years.

Season 9 of Keeping Up With the Kardashians is scheduled to premiere on Jan. 19. The series will cover Kim’s engagement, Kris and Bruce Jenner’s split and the breakdown of Khloé’s marriage to Lamar Odom.