Maybe it’s time for Disney to focus on movies and shut down the Disney Channel. Why? Because so many Disney Channel stars grow up and act like tools. Remember the cute kid who played Louis Stevens on Even Stevens? Neither do we. Here are a few of Shia LaBeouf’s questionable adult choices. 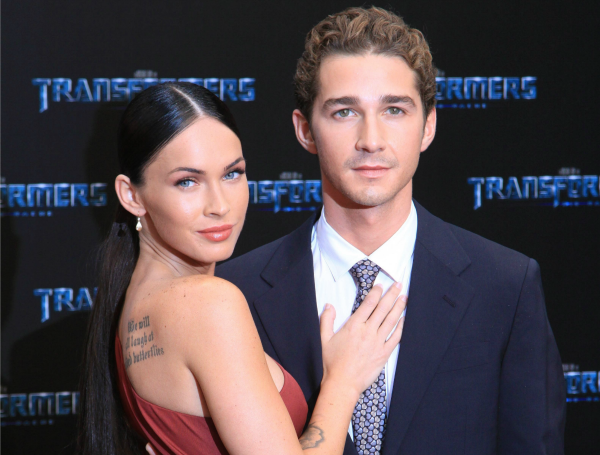 There was a time that Megan Fox likely saw Shia LaBeouf as a life ruiner. In June 2011, LaBeouf had to flap his gums to Details magazine and throw Fox under the “did you guys sleep together?” bus. He cheekily said, “I never understood the separation of work and life in that situation. But the time I spent with Megan was our own thing, and I think you can see the chemistry onscreen.” That in and of itself isn’t a full on admission, but when he was asked if the couple hooked up (behind the scenes on the Transformers set) while Fox was seeing now-husband Brian Austin Green, he stammered, “I don’t know, man. I don’t know. I don’t know. I don’t know…” Fox and Green were not too impressed with LaBeouf’s bragging, but then has anyone been very impressed with LaBeouf’s behavior of late? 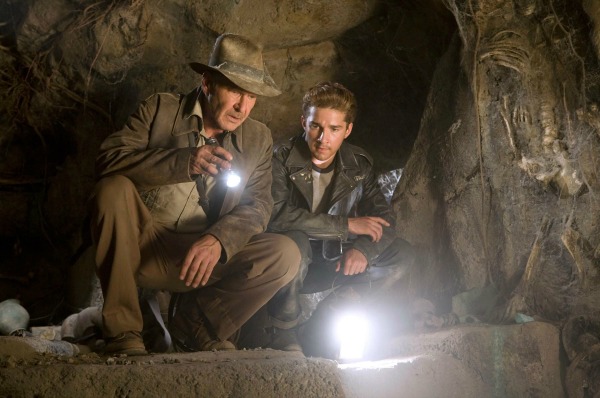 After LaBeouf’s careless comments reportedly caused upset at the Fox-Green house, he told Access Hollywood, “I just turned 25. And I’m learning how to edit myself and say ‘no comment’ now.” Evidently, that lesson is easier said than learned. LaBeouf threw shade at Indiana Jones and the Kingdom of the Crystal Skull director Steven Spielberg, saying the film wasn’t widely accepted because of the writing, Steven Spielberg’s directing and LaBeouf’s inability to make the story come alive. Don’t they teach you to not knock the most widely acclaimed director in Hollywood on day one of “how not to ruin your acting career” class? Harrison Ford, who played LaBeouf’s father in the film, had little use for LaBeouf’s comments, telling Details magazine that he told LaBeouf he was a f***ing idiot.

Disney stars seem to be in the habit of killing off their Disney characters, which we completely understand. Who wants to be seen as their 11-year-old self forever? But child stars like Miley Cyrus and LaBeouf never seemed to grasp the concept of “gently laying something to rest.” Their Disney characters die violent deaths, and it’s usually at our expense. Cyrus has been burning our retinas for some time now with the execution of Hannah Montana and LaBeouf, who starred as Louis Stevens in the Disney Channel television series Even Stevens, did the same thing when he starred nude in a bizarre Sigur Rós video.

Committed to his craft

LaBeouf has admitted to dropping acid to prepare for his role in Charlie Countryman and to drinking while filming Lawless to portray a believable drunk. He also had “real sex” (or at least his body double did) in Nymphomaniac: Volume I. Where do the rest of us sign up to get a job that pays us to be high, drunk and get busy while at work? With LaBeouf’s dedication to his craft, it was odd that he admitted to charges of plagiarism in his short film HowardCantour.com.

Ironically, LaBeouf was accused of plagiarizing this tweet, which mimicked the wording of Yahoo Answer user “Lili.”

LaBeouf isn’t just outspoken, he also appears to be somewhat stubborn. When a series of plagiarized tweets didn’t do the trick, LaBeouf hired a skywriter to pen an apology for his literary indiscretion. Lena Dunham didn’t think much of LaBeouf’s actions and responded with this.

LaBeouf answered by plagiarizing an apology of Dunham’s.

All this boorish immaturity brings us back to the original question: What happened to the cool LaBeouf? You know, the guy who starred as the brooding, smart, nerdy-but-hot guy in Disturbia? Where’s that guy? LaBeouf is a great talent, but we could do without all the arrogance and bizarre behavior that is distracting us from his acting abilities and potential hotness.