Being a Hollywood star comes with its pros and its cons, and one definite con is that critics can write whatever they want online. 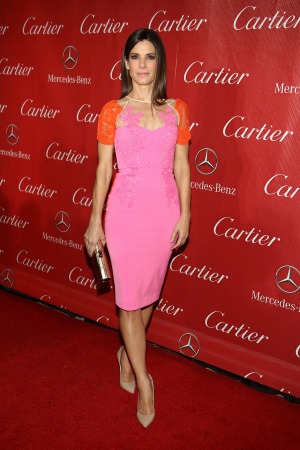 Sandra Bullock has some words of wisdom and they are that “no human being should Google one’s self.”

The Gravity star recently decided to search for herself online to get an idea of what fans and critics think of her. But the experience left the actress so shocked that she has vowed to never do it again.

According to People, Bullock revealed her Google experience whilst accepting her actress of the year honor for the film Gravity at the Palm Springs International Film Festival on Saturday. She said, “I Googled myself and read the comments section, thinking I could get some tidbits of what people really think of me.”

“No human being should ever read the comments sections or ever Google one’s self at any time.”

The Heat actress showed off her funny side when she revealed what she had learned by Googling herself. She said, “Some things I was very well aware of. ‘Sandra Bullock is over 40’ came up a lot. I know that. ‘Sandra Bullock’s way past 40.’ Yeah, I know that, too… ‘There’s absolutely nothing special about her acting. ‘She’s not particularly attractive, I can’t stand her, she’s mediocre. She’s over 40.'”

The Oscar-winning actress has plenty of career accolades to be proud of, but the thing most people focus on is her personal life and who she has been romantically linked to. Luckily for Bullock, she is able to laugh at herself and the comments that she received about that, too.

She jokingly added, “And apparently Julia [Roberts]… You and I are in a dispute over George Clooney. We talked about this, right? It’s shared custody and we’re both fine with it.”

“[There were] lots and lots of comments about who I’ve dated. Some are true and some I’ll never admit to.”

The Blind Side star did not only focus on the negatives and was happy to share that she did find some positive comments about her on the web.

Bullock added, “Some commenters thought I had good hair and good teeth. And I made some young girls and some over 40 girls laugh with some chick flicks. I’ve had a pretty good life and a pretty good career.”