The Hangover star Justin Bartha has finally gotten his happy ending. The actor wed the love of his life, Lia Smith, in an intimate island wedding on Saturday. 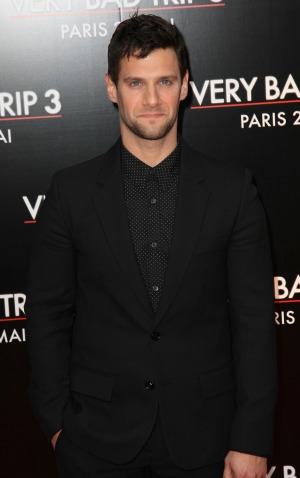 The Hangover star Justin Bartha is celebrated for his comedic role in the hit film in which he stars as Doug Billings, the character who disappears just before his wedding because of the wild antics that take place at his bachelor party.

In real life, the actor’s wedding was not quite as complicated, but on Saturday he did get to tie the knot to the woman he loves, Pilates instructor Lia Smith.

According to Us Weekly, the happy couple wed in a picturesque backdrop just before sunset on the island of Oahu, Hawaii, at a historic fishing pond with an altar made of sticks. A reception followed the laid-back wedding at the nearby Kualoa Ranch.

The intimate ceremony had only a few guests, including celebrities Reese Witherspoon and her husband Jim Toth, Jesse Eisenberg and Barth’s The Hangover co-star Ken Jeong.

The loved-up pair have been together since the beginning of last year, when romance rumors broke after the couple were seen soaking up the sun together on a beach in Maui. Now the happy duo have taken the next step in their relationship and decided to wed.

A source at Us Weekly revealed the details of their big day, saying, “Lia wore a white dress with thin spaghetti straps and jeweled sandals. Justin wore a dark colored suit and burgundy socks. They were sweet together and looked very in love. He was holding her bouquet for her and walked with his arm around her after the vows.”

“She had a big smile on her face and nuzzled her face up to his neck. Their family and friends seemed so happy for them and had an incredible time hanging out in Hawaii leading up to the wedding. It was a destination wedding for all.”

Congratulations to the newlyweds.