Jenny McCarthy is furious over a story that states she thinks her son is no longer autistic — and now she’s threatening to sue! 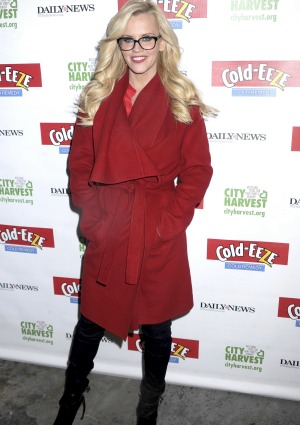 Jenny McCarthy is furious over an article stating she doesn’t think her son has autism anymore.

In a post that has since been deleted, Radar Online claimed McCarthy said her son never had autism. But that statement is actually a misrepresentation of a statement from a Time magazine article from 2010.

In the Time piece, McCarthy described how she used specific therapies to counteract some of the most challenging aspects of autism, but she never said her son wasn’t autistic or was cured of autism.

“Stories circulating online, claiming that I said my son Evan may not have autism after all, are blatantly inaccurate and completely ridiculous,” the panelist from The View said in a statement via TwitLonger. “Evan was diagnosed with autism by the Autism Evaluation Clinic at the UCLA Neuropsychiatric Hospital and was confirmed by the State of California (through their Regional Center). The implication that I have changed my position, that my child was not initially diagnosed with autism (and instead may suffer from Landau-Kleffner Syndrome), is both irresponsible and inaccurate. These stories cite a ‘new’ Time Magazine interview with me, which was actually published in 2010, that never contained any such statements by me. Continued misrepresentations, such as these, only serve to open wounds of the many families who are courageously dealing with this disorder. Please know that I am taking every legal measure necessary to set this straight. ”

McCarthy’s son Evan is now 11, and according to a direct quote in the Time article, “Evan couldn’t talk — now he talks. Evan couldn’t make eye contact — now he makes eye contact. Evan was antisocial — now he makes friends. It was amazing to watch, over the course of doing this, how certain therapies work for certain kids and they completely don’t work for others… When something didn’t work for Evan, I didn’t stop. I stopped that treatment, but I didn’t stop.”