Hollywood babies are all the rage these days! Daniela Ruah is the latest celebrity mom to bring a bundle of joy into the world. 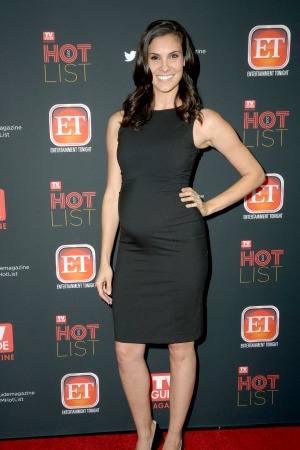 Another new baby has made his appearance in the New Year! Congratulations go out to NCIS: Los Angeles star Daniela Ruah and her fiancé, David Olsen, who welcomed their first child into the world on Monday, Dec. 30.

She said, “He’s healthy and strong, which is all we could ask for. We are so happy, so thankful and feel so blessed to have brought him into the world.”

Mom and dad met on the set of her CBS show because Olsen is a stunt double for his younger brother, Eric Christian Olsen, who stars on the show with Ruah. She plays Special Agent Kensi Blye on the crime drama, which is now in its fifth season.

The duo announced their pregnancy in September, but Ruah has been eagerly awaiting the arrival of her little one for months now.

In the fall, she told the entertainment magazine, “I’m so thrilled about this new chapter as a parent with David. It’s amazing how in love I am with this little person I’ve only seen on a black and white screen. I’m starting my own family and there is no other feeling like it.”

What a perfect way to start off a new year for the young family. Welcome to the world, baby River!