Actor Hafþór Júlíus Björnsson shows off his costume as The Mountain on the set of Game of Thrones. Plus, is that a sword? 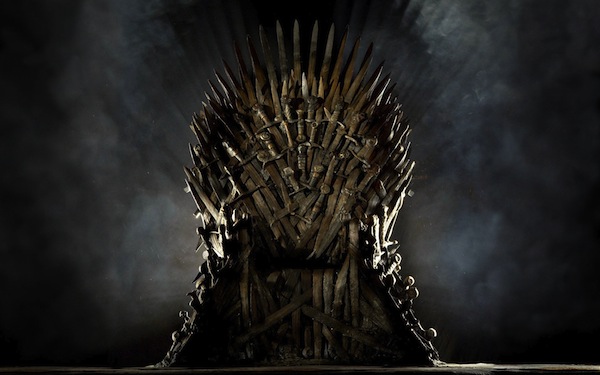 Actor Hafþór Júlíus Björnsson is all smiles in his Gregor “The Mountain” Clegane outfit, a picture of which he posted recently on Instagram while on the set filming Season 4 of Game of Thrones. Sure, Björnsson has reason to smile. Who wouldn’t smile after getting paid big bucks to dress up like a heathen and carry that sword? Or could it be a lance…

The Mountain is known for competing in tournaments, in the books at least. Cue Alan Tudyk here in A Knight’s Tale, “It’s a lance, hello?” We can’t tell. It’s an awfully long sword, if that’s what it is. But he is, after all, The Mountain. We remember some good fights in the books, but not a tournament at this point in the story. 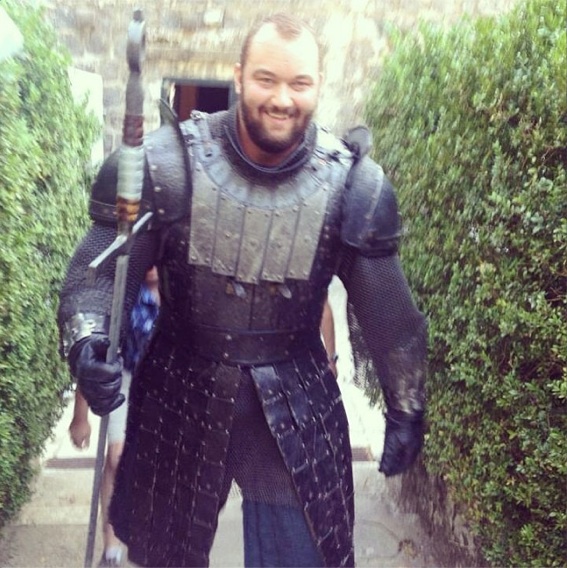 Anyway, as we know from the novels, Björnsson is far from in character in the picture. The Mountain is anything but smiley. He’s brutal. Not only is he a loyal follower of the Lannisters, but he has a particular penchant for violence and murder. As you may remember, he plunged his brother Sandor Clegane’s face into the fire when they were children. Nicknamed The Hound, Sandor left the Kingsguard and took Aria to the Freys during last season.

Björnsson is the third actor to take on the role of The Mountain in HBO‘s Game of Thrones. You know what they say — third times the charm! Conan Stevens first portrayed the role in Season 1 and was followed by actor Ian Whyte in Season 2. We didn’t see The Mountain in Season 3, but things are about to get interesting in Season 4 if the books are any indication.

Here’s a little taste of what’s to come for The Mountain this season, based on what happens in the books. A very important character will soon be on trial for murder. It will be settled by trial by combat, and The Mountain will fight on behalf of the Lannisters. Whether he wins or loses, you can bet the outcome will be significant.

Game of Thrones will return this spring on HBO.