Singer Phil Everly of the influential pop/rock duo the Everly Brothers died in California today, his wife confirmed. He was 74. 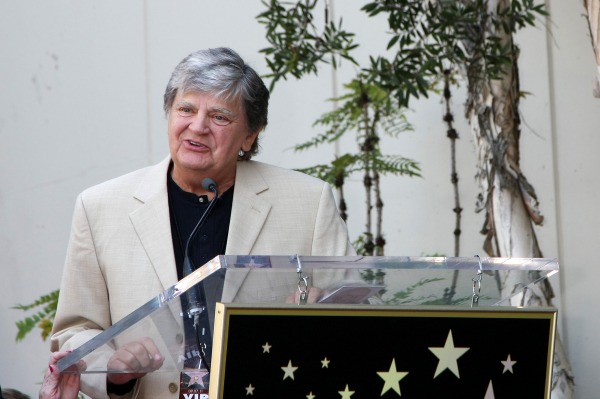 Half of an iconic music duo who influenced huge acts like the Beatles, the Beach Boys and the Byrds is gone. Phil Everly of the Everly Brothers died Friday of chronic obstructive pulmonary disease after a lifetime of smoking, his wife Patti confirmed.

“We are absolutely heartbroken,” she told the LA Times. “He fought long and hard.”

Reaching the height of their popularity in the ’50s and ’60s with such hits as “Cathy’s Clown,” “Wake Up Little Susie,” “Bye Bye Love,” “When Will I Be Loved” and “All I Have to Do Is Dream,” Phil and his brother Don charted nearly three dozen hits on the Billboard Hot 100. In 1986, they were among the first inductees into the Rock and Roll Hall of Fame, though the museum didn’t open until 1995.

Celebrities reacted to the death with reverence for the contribution Phil and his brother made to music.

“The information of your DNA is carried in your voice, and you can get a sound [with family] that you never get with someone who’s not blood related to you,” Linda Ronstadt told the Times. “And they were both such good singers — they were one of the foundations, one of the cornerstones of the new rock ‘n’ roll sound.”

Grammy Museum executive director Robert Santelli told the paper, “When you talk about harmony singing in the popular music of the postwar period, the first place you start is the Everly Brothers… You could say they were the vocal link between all the 1950s great doo wop groups and what would come in the 1960s with the Beach Boys and the Beatles. They showed the Beach Boys and the Beatles how to sing harmony and incorporate that into a pop music form that was irresistible.”

Phil is survived by his wife and brother, his mother, two sons — Jason and Chris — and two granddaughters.