Ke$ha is learning to love herself again. The singer recently revealed that she’s struggling with an eating disorder. 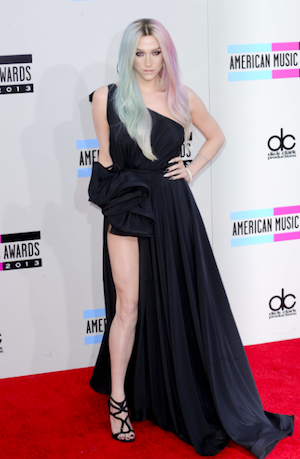 Singer-songwriter Ke$ha is stepping away from the spotlight. Friday, she made a major announcement regarding her health. According to People, she’s decided to enter rehab for treatment of an eating disorder. Apparently, she’s checked herself in for a monthlong stay.

“I’m a crusader for being yourself and loving yourself, but I’ve found it hard to practice. I’ll be unavailable for the next 30 days, seeking treatment for my eating disorder… to learn to love myself again. Exactly as I am.”

Ke$ha will be recovering at Timberline Knolls, a facility just outside of Chicago. It’s the same institute where Demi Lovato received treatment. Timberline Knolls helps patients with various disorders related to food, mood and stress. There’s also help for alcohol and drug addiction.

Recently, Ke$ha has appeared slightly thinner. Most of us assumed it was from her new workout plan courtesy of trainer Kit Rich.

Rich told E! News all about her exercise regimen, saying, “We’ve been doing a lot of circuit training and incorporating Pilates exercises with weights that heighten and shape the butt. Lunges, squats, stairs and isolated glute exercises.”

Ke$ha also began embracing healthier foods. She became a big juicer and incorporated juices into her daily diet. Obviously, there was something else going on beneath the surface. We’re just happy she’s facing her problems head-on.

We’re sending plenty of love and positive vibes her way. Get well soon!